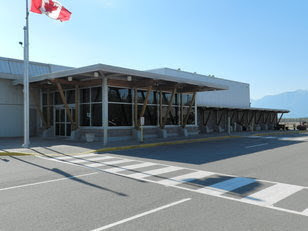 With air travel set to return to a more familiar pattern in Canada, along with a growing list of customers from across the Northwest using their air facility, the Terrace Airport is looking to improve on its long term parking options putting out a call for Bids for Phase One of its Long Term Parking upgrade.

The first phase is to install a two lane gated entry and exit system to ease in the flow of increased traffic to the airport site, mostly focused on out of town customers it would seem who are driving in from other areas of the Northwest.

The 300,000 dollar project comes following funding announced in May from the Northern Development Initiative Trust, with 1.3 million distributed to a number of communities for a range of projects in Northern BC. 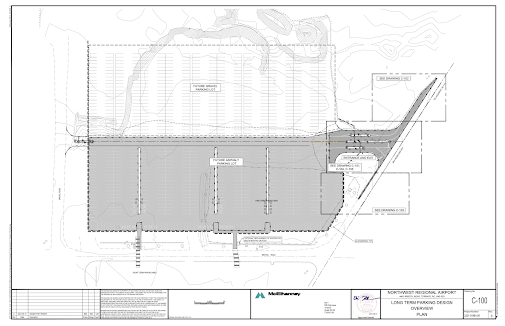 The documentation provided to the BC Bid website however indicates a wider expansion plan for the future for the facility, an indication that airport officials in Terrace expect that the volume of passengers that they have seen in the past will continue to grow as travellers return to the air.

The deadline for contractors to indicate their interest is June 15th. The work is expected to get underway shortly after the contract award, with the completion of the gate project expected by no later than August 30th.

Parking and the need to expand on it, was a key element of the Terrace Airport's Master Plan from 2014, with the expansion plans just one of a number of items to be delivered over the next fifteen years.

Since January of this year, the Terrace airport has benefitted from a suspension of air service in Prince Rupert, leaving residents of the North Coast to make the trip east should they have had any travel requirements.

Some of that traffic may soon be repatriated in Prince Rupert, with the resumption of Air Travel later this month, though for the moment, the service in and out of the city will remain somewhat limited, with a return to once a day service from Air Canada not expected until August.

For more notes on aviation in the Northwest see our archive page here.