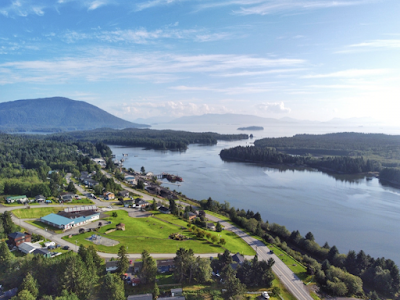 This week's District of Port Edward Council session tackled a range of items of note for residents, with the prospect of the development of land  on Wildwood Avenue moving forward after the sale of property approved at their Tuesday session.

The approval of the sale included a two year covenant towards a build on the property. In a report to Council, CAO Danielle Myles Wilson noted that the District would accept an offer of $95,000 for the land in question.

Council also discussed how they would approach the 2021 Union of British Columbia Municipalities convention this September, as was the case last September, there will be no travel required by the elected officials and staff members as the annual event will once again be held virtually.

The District also adopted both their Official Community Plan and Zoning Bylaw on the night.

Council members approved a motion that will see the District write a letter to the Federal government focused on Reconciliation.

In their correspondence the District will request a stronger focus on Reconciliation with First Nations peoples and immediate implementation of the Truth and Reconciliation Commissions Calls to Action.

Tuesday's session also saw the release of the Statement of Financial Information, an annual requirement of municipal government, the document outlines the required salary disclosures for public officials.

Also included in the release of information is the list of funds paid out to Suppliers of Goods and Services for the District.

All of the Reports from the Tuesday session can be reviewed here.

On Friday the District released its Annual Report, the document providing the snapshot of the community from the last year.

For more notes on the District of Port Edward see our archive page here.