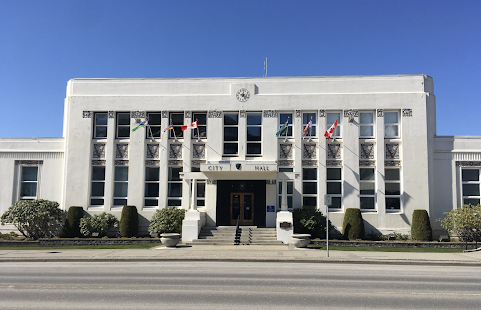 2020 proved to be an expensive year when it came to purchases and speeding on  civic requirements, with over 38 million dollars in spending for the last year providing for an increase in the amount of money paid out to suppliers from January to December.
As it has been through the years, by the sheer volume and diverse nature of the work required to run a city the size of Prince Rupert, the municipality has in a way become an economic engine of its own.

That as the various civic departments and civic requirements create opportunities for work, or services from businesses and suppliers large and small, both in town and far beyond.

When all the accounting was done, the payments to suppliers, combined with the remuneration totals for City Council members, as well as that for staff and employees, as well as grants and such delivered a final Expense of 55 million dollars, making for a 10 million dollar increase from the listings of the year before.

The review of the City's spending from January to December of last year is included in four pages of listings, as part of the Statement of Financial Information report that was presented to Prince Rupert City Council Monday, a requirement of fiscal transparency that must be disclosed as part of the City's June budget process.
When it comes to suppliers, the largest payment for 2020 was delivered to Eiffage Innovative Canada, the engineering firm working on the city's Phase 2 water infrastructure project which received $5,531,221 in payment last year.
The city's contract for policing with the RCMP,  saw the City directing $3,795,893  towards the Receiver General for Canada making for close to a $280,000 increase from last years report.

A range of money was directed to provincial offices, insurance and employee benefits groups and other services, those totals were as follows:

A further $690,3765 went to the Receiver General for the City portion of payroll, marking an increase from the year before.

The City also delivered A GST payment to the Receiver General for a total of $301,043 a decrease from last year.

The MunicipalInsurance Association of BC received $250,081.

The city's cost for ground transportation with First Canada LLC between Prince Rupert Airport and the downtown shuttle station came to a total of $503,292

The majority of the City's legal work for the last year was handled by Civic Legal LLP with a $274,859 expense, an amount close to $100,000 more than the year before.

$29,889 went to Harris and Company which specializes in employment law.

The City also provided payment of $1,213,740 to the Trustees of the Prince Rupert Congregation of Jehovah Witnesses in 2020, and while there is no listing of what money is spent on in the SOFI report, it would be safe to assume that was part of the purchase of the land for the new RCMP detachment in the City.
The 2020 listings also included some large scale infrastructure work done by a number of contractors which captured some large amounts, included on the top end of the list were:
JMX Contracting Incorporated received $3,245,142 for services in 2020.
Broadwater was  once again among those on the list of large payments with city paying $2,465,858 for work and services in the year ended December.
Mcelhanney Ltd. provided engineering services to the city at a cost of $1,240,763 in 2020.
C and C Road Maintenance received $1,125,350 for paving work in the city last year.

The remainder of this years list of 110 suppliers is made up of a range of companies based locally and out town, which collected varying amounts under 100,000 dollars for services or supplies.

The Suppliers Payment information is just one part of the full range of information to be delivered by the City's Financial Officer and City Manager at Monday's Council session.

Also included in the final financial documentation for 2020 are:
A year of COVID cut down on expenses, but Council still come close to 200 thousand mark
37 civic employees make the 100K cut in City Council SOFI presentation
The City has also released the 2020 Annual Report
Optimism for the future, review of 2020's challenges the narrative for City of Prince Rupert Annual Report
You can review the full information provided as part of the Report from the Agenda Package for tomorrow evening's City Council Session.

The 2020 SOFI Report will become part of the permanent record of Financial Information that is archived on the City Website, offering up an opportunity to make year to year comparisons when it comes to City spending.

Further background on the work of Prince Rupert City Council can be found from our Council Discussion archive page.