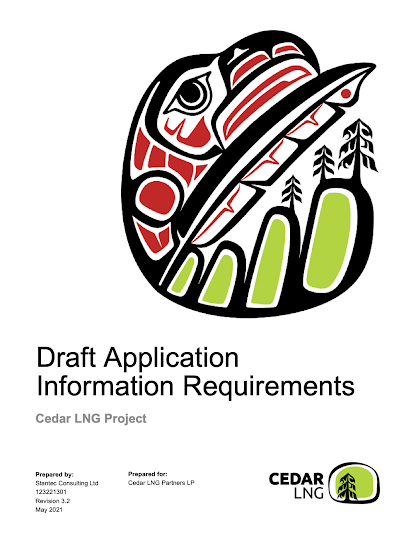 A proposal towards the development of a new LNG project in the Kitimat area will get a debut this week, with two Open Houses to be hosted online to share the details of the Haisla Nation led project, with the proposed facility to be constructed  directly across Kitimat Arm from the Kitaamat Village site.

The proposed development was first introduced back in August of 2019, with much preliminary work now complete leading up to the Open Houses of this week set for Tuesday and Thursday. 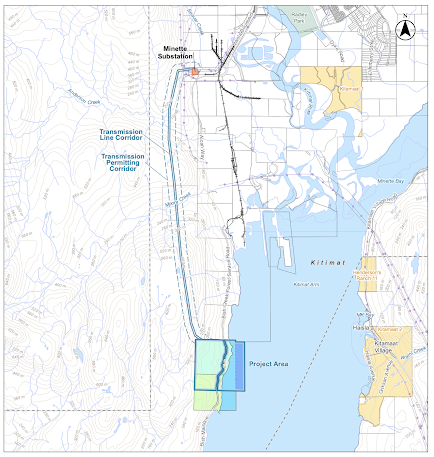 The Draft application for the project (which you can read here) filed with the BC EAO provides a comprehensive look at what the Haisla have planned for their development, as well as to outline the preliminary work that they have taken on to date towards this community engagement portion of the process.

The Project overview provides further detail of the actual scope of the project which is considered to be along the lines of a smaller scale facility than the current LNG Canada project that is underway in Kitimat. 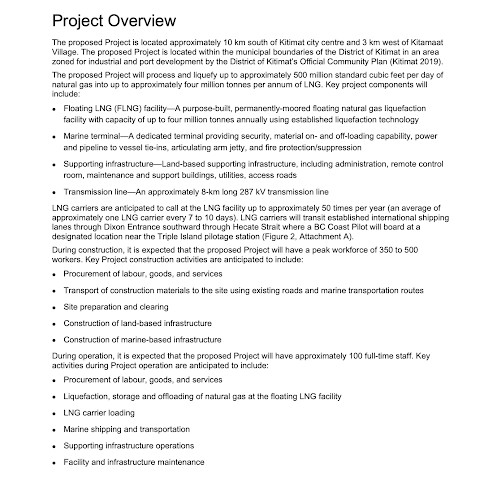 The BC EAO is hosting the Public Comment Period with your chance to submit comments available here.

You can also access the two Virtual Open Houses from their website, which offers two options for viewing both events.

The two opportunities to learn more about the project will take place from 4:30PM to 6PM on Tuesday, 6:30 to 8PM on Thursday.

And while the project is focused on the Haisla lands, the topic is one of interest to a number of other First Nations in the Northwest including both Lax Kw'alaams and Metlaktala, they are both listed in the Draft Report with their interest in the assessment process noted on pages 134 and 135

Metlakatla has also made note of the two Open House for their membership through their social media fed of last week. 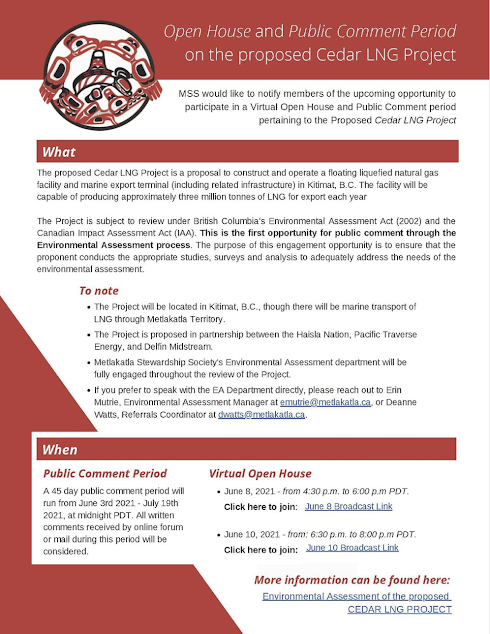 More on the Cedar LNG project is available from their website

The hopes of the Haisla to move their project forward have been frequently mentioned by Skeena MLA Ellis Ross, who is a past Chief Councillor for the Haisla.
The forward momentum for the Cedar LNG proposal comes just a few weeks following what seems to be the last notes to be hear on the Kitimat LNG plans, that proposed LNG development has seen both of its major investors withdraw over the course of the last ten months,
You can explore the full BC EAO page on the Cedar LNG project here.
Withe the Cedar LNG proposal now moving to its Open House period, we've created an archive page to follow it's progress as it moves forward in the EAO process.
You can find that page and others about LNG in the Northwest from our archive here.
Posted by . at 11:19 AM