A new initiative from the City of Prince Rupert has seen an illumination project get underway with the City attaching strings of lights to many of the decorative Downtown and Cow Bay Area light stands, part of a program of highlighting the city's two main commercial areas.

The program is described as one which had its genesis as part of the Prince Rupert 2030 Vision planning  that the City Council embarked on in recent years.

The work which got underway earlier this month was introduced by the city through their Social Media platform, providing some background to the project. 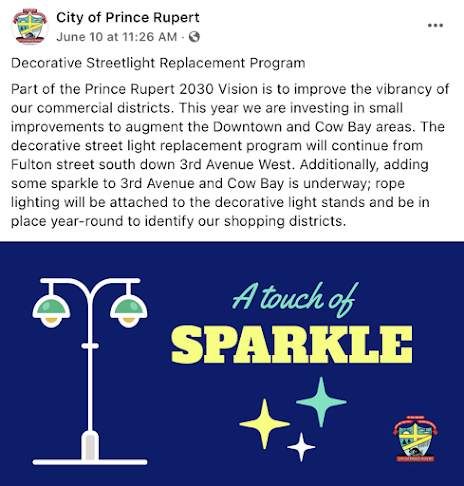 The scope of the area which has been given the sparkle treatment starts at the Save On Location in the west and travels east towards the McBride Street lights.

The sparkle trail picks up again in CowBay at Dolly's Fish Market and transits into the Atlin Terminal region. 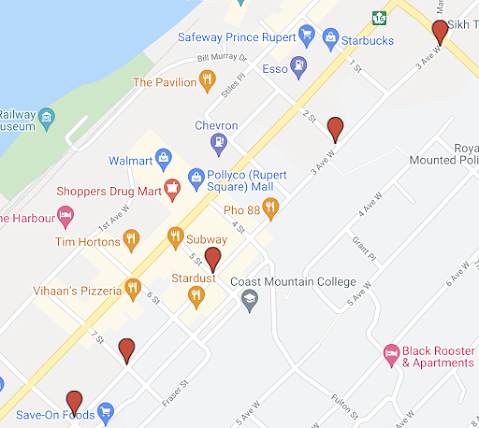 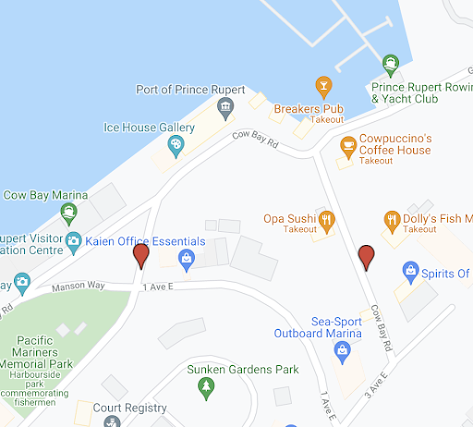 Launching an illumination program at the start of the summer does however provide for a few limitations for the full visual impact of the lighting plans.
What with extended periods of daylight from early morning to late into the evening, any summer viewing won't provide the complete sparkle effect until close to the midnight hour.
Of course, once November rolls around and through the winter, the lighting display will guide the way along Third and into Cow Bay from late afternoon to near 9 AM the following day.
You can check for the times for sunrise and sunset to best plan your viewing options here.
More notes on other Council themes can be explored from our Council Discussion page.
Posted by . at 2:47 PM