It's somewhat of a soft launch today for the return of Air Service to the North Coast, as the buses roll out from the Sixth Avenue Shuttle Terminal at 2PM this afternoon towards ferry and a rendezvous with the Digby Island airport.

The transit marking the first time since mid January for air travellers to make the trip to Digby, the day heralding the start of three times a week air service to Vancouver through the month of July. 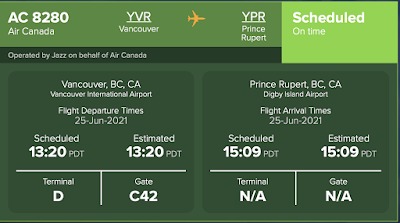 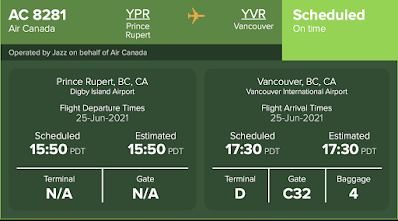 Local travellers have had to make the drive to Terrace or Prince George over the last six months following the suspension of Air Canada service on January 18th owing to COVID, with the national airline announcing the return of service to YPR back in March.

The start up date for the resumption somewhat of a moving target, with the date changing a few times before settling on the June 25th return.

The resumption of service has also provided for some challenges for air travellers, who have had to revise their travel plans for July a few times and Air Canada adjusts its schedule, sending notices to travellers of the changes required.

The Prince Rupert - Vancouver connection will expand to one flight a day in August. 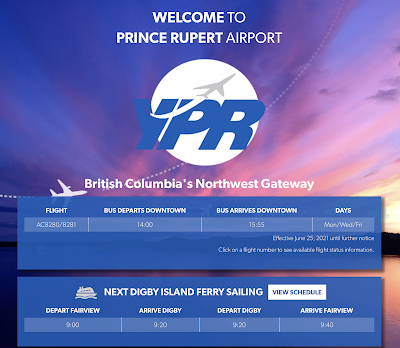 The suspension of Air Service to YPR has had a significant impact on revenues for the local airport, with the City of Prince Rupert directing much of its provincial COVID funding towards the airport, as well as to revise the terms of payment for the airport renovation loan of 2013.

The key for the airport now is for local residents to return to booking their flights through YPR and eventually creating enough of a demand that would see the airline expand on its schedule to offer more than one flight a day.

You can track the status of today's flights and those of the future from the YPR website.

The Airport also maintains a Social media presence on Facebook

More notes on air travel on the North Coast can be reviewed here.