School Year Ends for SD52 with some unfinished business still to be heard on, along with a return to more familiar times ahead for September

The last days of schooling for 2020-21 have arrived for students of SD52, who will be heading off on summer vacation this week, their fellow students at the Independent School Annunciation having beat them out the door by a couple of days.

And as teachers and students make their farewells, SD52 is making note of what will come in the Summer, with the District relaying a letter from Education Minister Jennifer Whiteside, which outlines what the 2021-22 school year will look like. 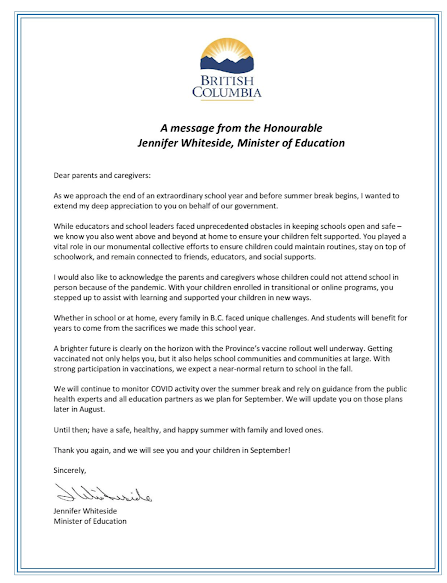 The School District also paid tribute to the achievements of their staff with a year end recognition that hailed the retirement of six members of District:

The year end recognition also featured Service Awards for those who have reached 5, 15, 25 and 25 years or more of service to the district. In total, 62 members of the District were recognized as part of the 2021 celebration.

Last night SD52 marked the final event on its calendar with a Special Open Board meeting. 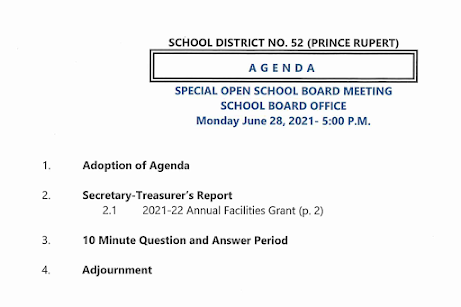 One item that parents and interested observers on education may be watching for over the summer is an update on the status of an investigation that was launched in May of this year, that after it was revealed that 10 additional students had been hired for 2020-21, seemingly without the Board having been informed.

To date, the District has not provided any further comment related to the investigation and any findings that may have come from it.

For more notes on education in Prince Rupert see our archive page here.

A wider overview of Education across the Northwest can be explored here.