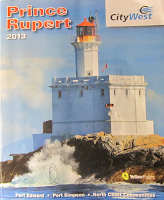 The annual search for the cover photo for the CityWest phone book is underway, with the local community owned communications company seeking submissions for next year's printed register of telephone numbers.

While the prospect of a home phone book may soon be a thing of the past in this wireless world of ours, the annual Prince Rupert phone book is a form of historical archive of sorts of the city's growth and aspects of living on the North Coast. 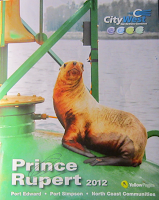 The CityWest  (previously known as City Tel) phone book has been delivered to Prince Rupert door steps for over 100 years. And in the past, the competition has provided for a wide range of pictorial reviews of life on the North Coast.

All submissions will be reviewed by an internal CityWest judging committee, with the successful applicant receiving a Watch-Talk-Surf bundle for three months, or  a $100 Gift Certificate, should you already have that particular CityWest feature.

The deadline for submissions for the next book cover is July 31st, though you can put away your camera if you're not a CityWest subscriber.

A line from the CityWest webpage regarding contest information, advises that the competition is limited only to those that subscribe to CityWest services.

A point which may make for some interesting conversation among those taxpayers to the City, who may not take advantage of any of the city owned, CityWest services, few as those potential photographers may be.

You can learn more about the phone book competition from the CityWest website.
Posted by . at 11:25 AM