Nishga Girl to remain in Nation's capital at Museum of Civilization 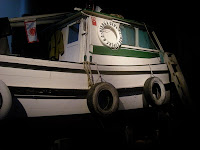 “After Monday’s meeting with the donors and the representatives of the National Association of Japanese Canadians, we have concluded that the story of the Nishga Girl will continue to be told in the new Canadian history hall but in the broader context of the histories of the Nisga’a and the Japanese-Canadian communities.” -- Museum of Civilization CEO Mark O'Neill, outlining the future for the Nishga Girl exhibit at the national museum.

The short lived controversy over where the Nishga Girl would call home port has come to an end.

The final chapter to a tumultuous couple of weeks for the exhibit, came with a decision announced on Wednesday, that will see the Nishga Girl remain as a national exhibit.

The decision to keep the display in the nation's capital came after a meeting in Winnipeg on Monday between Museum of Civilization officials and Chief Harry Nyce,  Deanna Nyce and Ken Noma of the National Association of Japanese Canadians.

The meeting served to broker a reversal from the museum on their original decision to bring to an end the Nishga Girl's time in the capital and appears to have settled the concerns of all involved over the handling of the fate of the exhibit.

In an interview with the Ottawa Citizen both the Nyce's and Noma offered praise for Museum of Civilization CEO Mark O'Neill, highlighting his desire at the meeting to bring the controversy to an end.

The background on that decision from the Museum of Civilization was announced on Wednesday, with a news release that outlines the future for the exhibit.

It's hoped that after a short period of time in storage for the Nishga Girl, the exhibit and its examination 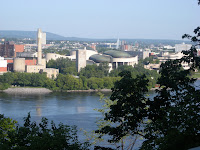 of the efforts of both First Nations and Japanese Canadians in the North Coast Fishery will again be on display.

There is some hope of its return to a temporary venue by the end of the year,  with a permanent display for within the new Canadian History Hall set for when it reopens in 2017.

At one point in the early conversations, there was some discussion of the Nishga Girl being returned to the North Coast, with a destination of Port Edward's North Pacific Cannery Museum as its eventual home berth.

However, the prospect of removing the exhibit that highlighted the past history of the North Coast proved to be a controversy that quickly escalated for the Museum.

With many many set to take up the challenge of keeping the display part of the national museum's list of exhibits.

You can review much of those efforts from our past items on the controversy here and here.

The Ottawa Citizen provides this update on the Nishga Girl and her permanent location in the Nations capital.

Local media sources offered up the following reviews of the change of direction from Ottawa.

Email ThisBlogThis!Share to TwitterShare to FacebookShare to Pinterest
Labels: Nishga Girl to remain in national capital at Museum of Civilization