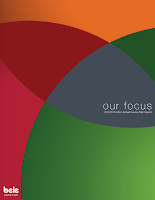 The British Columbia Lottery Corporation has released its annual report on Community Gaming statistics and for the City of Prince Rupert the 2012-13 share of the money generated at the Chances Gaming Centre will come in at $425,000, up from last years share of $404,000.

That money is delivered through Community Grants from the provincial government, distributed to local governments by way of Community Gaming Centre and Casino revenues in each host community.

The breakdown on the numbers from the floor show that Bingo revenue in Prince Rupert for 2012-13 was $1,060,000, based on the 136 available seats in the Bingo section of the Gaming Centre.

Visitors to the Chances Prince Rupert location clearly like the slots, as the slot machines at the Community Gaming Centre provided revenues of $7,168,000 for 2012-13.

The increase in the Community Grant figures destined for Prince Rupert, come despite a slight decrease in Total Community Revenues for the last year. 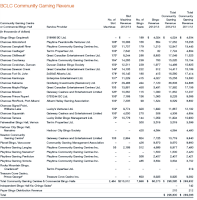 You can review the full report from the BCLC website