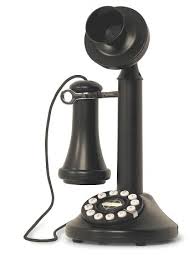 Sharp eyed CityWest customers will have already noticed that the cost of that telephone on your counter or table, tethered to your wall by a telephone line will soon cost you just a little bit more to have.

An advisory of a pending rate change is found in the text portion of your current telephone bill, an short note from CityWest that effective August 1st the cost of using your local land will be increased by eighty seven cents.

The change will take place on your September bill, though there is no outline to be found on the bill or the CityWest website, as to why the rate increase was required.

There is a helpful page however advising as to the many options available for payment of  your phone bills.

Even with the pending increase, the current level of stand alone telephone line service would seem to be on par or, in some cases even less, than what Telus is asking for in other parts of British Columbia and Alberta.

And for those looking to lessen the burden of communication services, CityWest advises on their website that using their bundling process of Internet, television and telephone will deliver savings to customers.

Interestingly enough, some of those combination of bundles do provide for lesser overall cost by two to four dollars a month, in locations other than Prince Rupert and Port Edward.

For instance a comparison of the Talk/Surf bundle has a price of 77 dollars a month in Prince Rupert and Port Edward, 75 dollars a month if you live in Kitimat or Terrace. A savings of 24 dollars a year for the neighbours to the east!

Which depending on the bundle local residents might subscribe to, would suggest that there may not be that much of a home town advantage for residents of the city that actually owns the company.

CityWest has made mention of the changing nature of local phone service over the last little while, outlining the current status of their overall business at both Chamber of commerce functions and during presentations to Prince Rupert City Council.

With the encroachment of competing cellular services, the number of local users using a land line has been reduced over the last number of years. A situation which provides for less revenue from that sector of the communications industry on the North Coast.

You can review our Communications Archives for more items of note on CityWest, including their recent presentations to City Council.
Posted by . at 8:01 AM