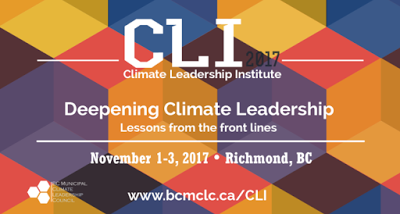 Themes of Climate change, sustainability and how municipal government can engage with the public and lead the way on Climate issues will be the focus of a three day conference in Vancouver which gets underway today.

Taking place at the Vancouver Airport Hilton, the event hosted by the Climate Leadership Institute is looking to provide local elected officials with the knowledge and skills necessary to successfully take positive action on climate change.

Prince Rupert Mayor Lee Brain will be one of the participants as part of his membership with the BC Climate leadership Council which is participating in the conference.

The Mayor made note of his plans last week through his twitter feed, highlighting the focus for municipal governments that will be found at the gathering.

The Mayor took his place on the Climate Leadership Council last year, joining Smithers Mayor Taylor Bachrach in providing for a Northwest British Columbia view on the themes of sustainability and climate action.

He made note of some of the groups work at UBCM this year, while he and the Prince Rupert council delegation were in Vancouver for the annual municipal convention. 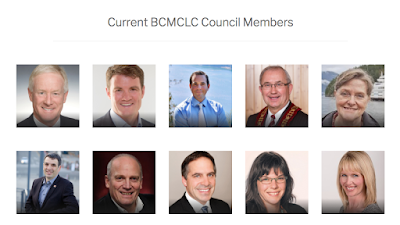 This weeks conference is set to explore an ambitious agenda when it opens later today at 5 PM, along the way the delegates will work on round table panels and break out groups, hear from guest speakers and network on areas of shared interest in climate initiatives.

Included among those on the guest speaker list is former Premier Mike Harcourt, who will deliver the keynote address on Thursday, exploring the topic of Leadership in Smart Energy Communities.

Mayor Brain may take advantage of the setting to share some notes on the City of Prince Rupert's plans when it comes to environmental and climate issues, with some background on a number of recent initiatives launched by the City to work towards the goals that the Mayor has in mind for the community.

City of Prince Rupert to put focus on Energy Efficiency through community survey
Green initiatives make for expansive discussion in Council Chambers
Mayor Brain's 2030 Sustainable City Select Committee gets approval, but not without spirited discussion on its purpose
Mayor hails success of Placemaking conference and points to a new 2030 Sustainable City Vision


It's the second major environmental conference of the year for Mayor Brain, who previously attended the Renewable cities conference in May.

That conference provided the Mayor with a number of themes to share with City Council and the community when he returned to the city.

Conference organizers have plans to make use of their social media portals through the week, with updates to come from both the conference Facebook page and twitter feed.

More background on the conference can be found here.

The full scope of the City's sustainability initiatives can be reviewed here.

While notes related to Prince Rupert City Council can be examined on our archive page here.
Posted by . at 11:23 AM

Email ThisBlogThis!Share to TwitterShare to FacebookShare to Pinterest
Labels: Mayor to attend Climate Forum in Vancouver