Residents of the west side McKay Street community will be watching with interest Tuesday night's City Council session, with the topic of the McKay Street park plans, part of the Agenda for the next Prince Rupert Council meeting.

Ken Shaw, the President of Transition Prince Rupert Society, is scheduled to provide the update on what's next for the ambitious redevelopment of the abandoned baseball field at the corner of McKay and Kootenay.

There hasn't been much heard from the group that is overseeing that redevelopment program of late, with the last expansive notes related to the project delivered in August, when Transition Prince Rupert noted that they were hopeful for some fall progress for the project.

A short note on Facebook from September provided for the update that they were close to finalizing a design and were seeking in-kind support from contractors and suppliers in the community.

The McKay Street project was given a significant boost in June with its success in the BCAA Play here competition, which saw local residents rally to the cause. 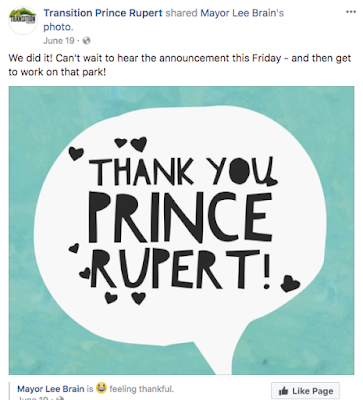 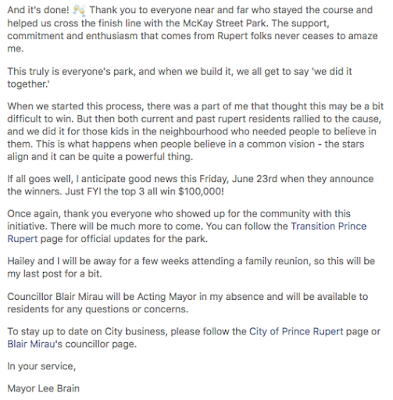 Prince Rupert's project was selected as one of four communities to receive 100,000 dollars in funding towards that project.

How that money is going to be used at the McKay Street location could make for some of Mr. Shaw's presentation on Tuesday. 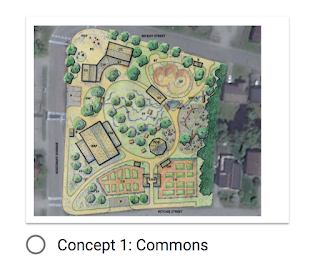 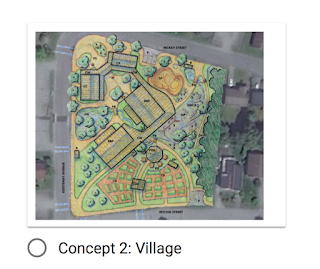 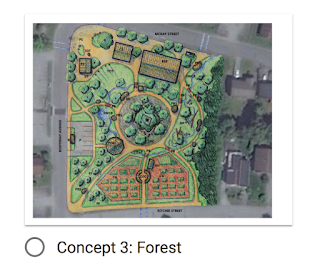 Above are some of the early concept plans for a rejuvenated McKay Street Park, Prince Rupert Council will hear more of what's ahead for the park on Tuesday evening.

Mr. Shaw's presentation to Council will take place at the beginning of the Regular Council session of Tuesday night starting at 7 PM.

You can view his commentary from the City's Live Feed, or through the CityWest community channel broadcast or streamcast of the Tuesday night Council session.

Members of the Transition Prince Rupert Society will be able to get further background on the project at their annual general meeting on Thursday November 16th at 7 PM at Northwest Community College. 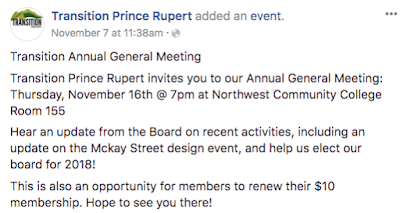 You can learn more about the project and other initiatives from the Transition Prince Rupert Society from their Facebook page here.

Our 2017 notes on the project can be reviewed below: