The newest acquisition for the BC ferry fleet is making its way out of the Mediterranean with an eventual destination of the Central Coast of British Columbia and service next summer on the Port Hardy to Bella Coola run for the ferry Corporation.

As we noted in April, BC Ferries purchased a vessel once known as the Aqua Spirit to provide for larger capacity on the return of the Central Coast summer service, in September they announced that newest vessel for the fleet would be known as the Northern Sea Wolf.

BC Ferries observed the departure of The Northern Sea Wolf on Friday, with this press release noting the particulars of the approximately thirty five day journey ahead.

The vessel is on a 10,097 nautical mile trek from Athens to British Columbia, transiting through the Panama Canal before it's home stretch run along the west coast of Central and North America.

Once it arrives in BC waters and pulls up alongside a maintenance facility, the Northern Sea Wolf will have the remainder of its refurbishment completed, making it ready for the summer of 2018.

The latest navigational fix of that journey find the vessel just off the Italian coast steaming towards the eastern Atlantic before it begins the crossing towards Panama, through the Canal and up to British Columbia. 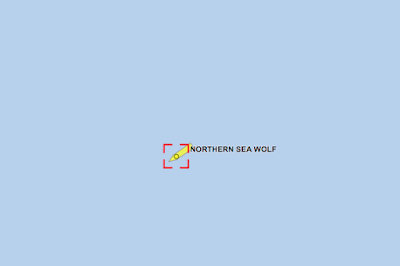 You can follow the progress of the vessel here.

Some background on the Central Coast service set for next summer from the BC Ferries website.

More notes related to BC Ferries can be reviewed on our archive page.
Posted by . at 9:00 AM