Lion Dancing their way across the city


An unusual sight for those in the Downtown area this morning as a column of Chinese Lion Dancers and drummers made their way around City Hall, putting on a mid morning performance in front of a crowd, including Municipal council members and the public.

The Lion Dancers and Drummers of the Hon Hsing Athletic Club in Vancouver are in town for two days to celebrate Chinese-Canadian culture in the province.

The have been travelling across Northern British Columbia and made note of their Prince Rupert stop as part of their Facebook feed this week. 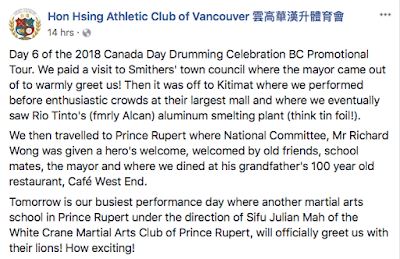 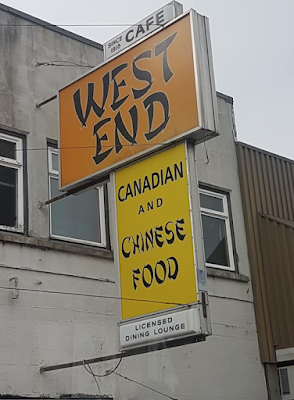 The schools of School District 52 were one of the destinations on the day for the troupe, which was to be in performance at Charles Hays Secondary at 11:30 this morning, along with a stop at Prince Rupert Middle School at 1PM.

CHSS made note that one of the performers was a Prince Rupert graduate, Richard Wong who graduated from Prince Rupert Senior Secondary in 1970.. 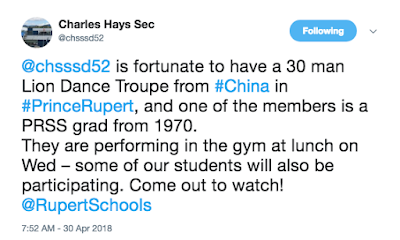 The Charles Hays Secondary School Twitter feed features a number of videos of the presentation at the School.

The story of the Lion Dancing and Drumming Groups arrival in the city is part of Mr. Wong's celebration of the legacy of his grandfather's opening of the original West End restaurant in the City 100 years ago.

Some background on his return journey to Prince Rupert can be found from a Facebook post celebrating the two day visit to the city.

The stop over at City Hall has been posted to the Mayor's Social Media stream for those that may have missed out on this morning's performance.

The City posted some photos after the event to the City of Prince Rupert Facebook page.

More items of interest about Community events can be found on our archive page.

To return to the most recent blog posting of the day, click here.
Posted by . at 2:59 PM