BC Hydro addressing thirteen different outages across Northwest BC today 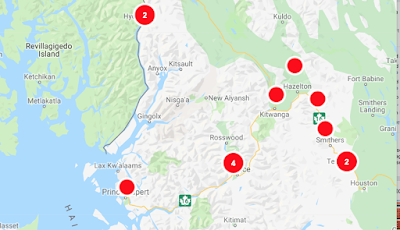 While Prince Rupert was treated to a sound and light show on Monday afternoon, the rest of the Northwest was dealing with a much angrier Mother Nature as thunderstorms roared through many communities, knocking out power across much of the region through the evening and into today.

As of 10:30 the BC Hydro Map was showing twelve different power outages stretching from Telkwa to Stewart with the largest amount in Terrace, where the violent summer storm brought down trees and power lines in the evening hours.

The list of each event and the status of the response can be reviewed here.

British Columbia's neighbours to the North in Ketchikan were also impacted by the strong summer weather, with power reported out across Alaska's First City last night as the storm roared through at full force on its way inland.

Not related to the storm but also to be address by BC Hydro is a power outage in Prince Rupert, where a bird came in contact with Power lines. Seventeen homes on the east side of the city are affected by that outage with service expected to be returned by 1 PM. 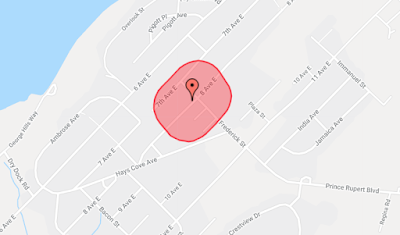 For more items of note related to the work of BC Hydro see our archive page here.
Posted by . at 11:07 AM