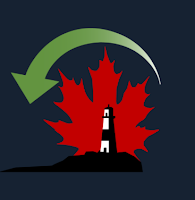 A major investment in to the Prince George economy announced yesterday, may have some spin off effects for the North Coast, as West Coast Olefins a Calgary based company, outlined their plans to build a natural gas recovery plant to produce polyethylene for export.

The plant estimated to cost some $5.6 billion dollars to build, would be located in Prince George's BCR Industrial park south of the Fraser River.

Once in operation in 2023 it  would have a capacity to recover natural gas liquids from an existing pipeline, as well as to recover value added NGL products such as propane, butane and condensate.

That byproduct would then be converted and used to produce up to 1 million tonne per year of value added polyethylene for export purposes.

Prince Georg's location played a major role in the decision to move forward with their plans, with officials from West Coast Olefins noting that city's proximity to existing and future Natural Gas pipeline.

As well, company officials made note of  the connection that Prince George offers to CN Rails network south; as well as to potential port Facilities in Kitimat and at the Port of Prince Rupert where exports to global markets could take place.

The project timeline indicates a Final Investment Decision to be made by December of this year, with the plant start up to come sometime in 2023.

You can learn more about the project here.

Some observations on the project announcement from the Prince George media can be explored below:


For notes related to the Port of Prince Rupert see our archive page here.
Posted by . at 3:25 PM