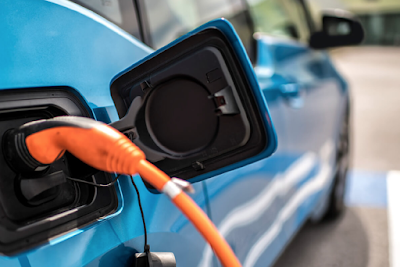 The ability to charge electric vehicles on British Columbia's highways is getting a little bit easier this summer, with the addition of more charging stations across the province as part of the CleanBCPlan.

Today the province highlighted the completion of work on 12 charging stations and its plans to develop six new DC Fast Charger sites through the summer.

While none of the 12 completed stations were found in the North, the majority of the upcoming projects over the next few months are set to be located along the Highway 16 and 97 corridors between Alberta and Hazelton.

“We’re making it convenient for people who drive electric vehicles to travel across the province. Our government is committed to reducing our carbon footprint. Investing in green infrastructure is a necessity when it comes to tackling climate change and reducing greenhouse gas emissions.” -- Claire Trevena, Minister of Transportation and Infrastructure

In their information release of today, the BC government noted that it's estimated that there are currently over 20,000 electric vehicles in use in the province, with up to 350,000 expected to be in use by 2030.

At the moment the province has over 1,700 charging stations located throughout the province. The Charge Hub map below, highlights the Northwest network to this point, with the only real gap found in the Prince Rupert area. 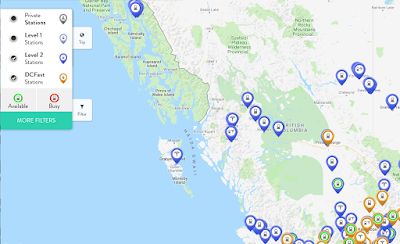 Earlier this year, at the March 13th Council session, Prince Rupert Mayor Lee Brain provided a snapshot of plans to create a Charging station program in Prince Rupert and updated the ambitions for along the Highway 16 corridor; with the ultimate goal that of a blue print that would see charging stations placed about every 60 kilometres along the highway.

At that session Council members moved forward with a plan for city staff to explore and map out potential locations for the charging stations, as well as to determine how many they may wish to place in the community.

Council indicated that they would be working on a timeline towards creation of the charging stations by 2020. So far however, no further details on the City's ambitions for the project have been released by council towards progress on their goals.

Some of the recent work on the electric charging plans can be reviewed below:


You can learn more about the provincial electric car initiatives from the links below:

For more items of interest out of the provincial capital see our Legislature archive page.


To return to the most recent blog posting of the day, click here.
Posted by . at 11:34 AM

Email ThisBlogThis!Share to TwitterShare to FacebookShare to Pinterest
Labels: EV Charging stations in BC