From the Missing List to the Suspects list in less than 24 hours ... Mounties release more info on Northern BC homicides

The ongoing investigation into two homicides and a suspicious death in Northern British Columbia has seen a significant twist today, with two missing teens from Port Alberni now classified as suspects, with the RCMP advising that they believe the pair were last travelling in the northern regions of the Province of Saskatchewan.

The surprising development came out of a morning press conference today hosted by the RCMP this morning.

At the 11 AM information session the Mounties outlined that from further information gathered yesterday as part of their investigation, they had determined that the two Vancouver Island residents, Kam McLeod and Bryer Schmegelsky were no longer missing and that they were now the subject of an intensive Canada wide manhunt currently focused on Saskatchewan.

The pair were last seen driving a Grey 2011 Toyota Rav 4, with video footage from northern Saskatchewan marking the last sighting. 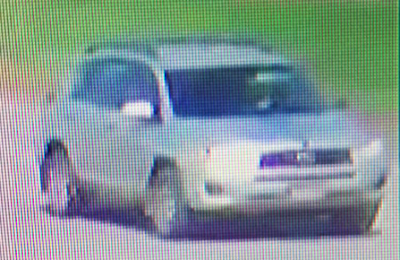 As the investigation remains an ongoing one, the RCMP advised that they cannot release any further details related to the new evidence and information that they have accumulated since yesterday.

The RCMP are urging that if anyone in the public should spot the pair that they not approach them or take any action and instead contact their local police force to report the sighting and any other information that they may have.

With McLeod and Schmegelsky now considered subjects in a Canada Wide search;  they are listed as wanted for questioning into the homicides of Chynna Deese and Lucas Fowler on the Alaska Highway south of Liard Hot Springs;  as well as the still unidentified male found at a pull out on Highway 37. 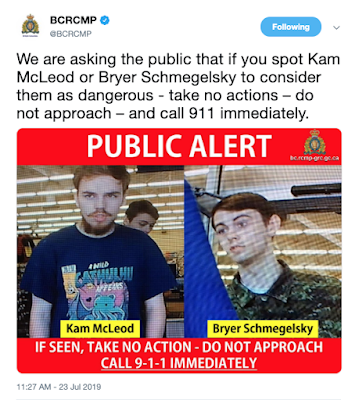 Stating that the investigation is complex and ever evolving, the Mounties also noted that the pair may change their appearance and that the public remain vigilant as the search continues.

The full information statement from the RCMP can be reviewed here.

You can review some of the past notes on the ongoing investigation from our archive page here.

Email ThisBlogThis!Share to TwitterShare to FacebookShare to Pinterest
Labels: McLeod & Schegelsky now considered suspects in string of homicides in Northern BC