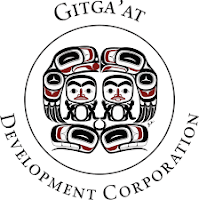 Some significant change to the community of Hartley Bay may soon be seen, should grant funding come through for a pair of ambitious development programs that would change the nature of the Gitga'at community's Harbourfront area and create an expanded trail system.

As part of a request for support of North Coast Regional District, the Gitga'at Development Corporation provided a prospectus of Phase One of a development plan that would see a 28 room hotel facility, 52 seat restaurant and nearby market style retail space developed along the harbour area.

The design as described for Regional Directors would see up to 6 mini-longhouses built to house the three elements, with an estimated cost of close to 90,000 dollars.

The Gitga'at highlighted the current level of interest in their community from visitors by way of cultural and ecological tourism which  brings people to the area via ferry, cruise ship and private boat.

As well, they made note as to how Indigenous Tourism is growing rapidly throughout the region and the Nation wants to diversify into the tourism economy to capitalize on these opportunities.

In their briefing for Regional District, the Gitga'at also noted the growing industrial and economic activity in the region, along with Hartley Bay's placement as the site for an Emergency Response station and from all of that activity the potential for increasing the numbers of visitors to the community that could be realized.

Noting that many skip by the community owing to a lack of amenities such as a hotel, restaurant or market. The project should it prove to be feasible, is described as providing for a venue to incubate local entrepreneurs and jobs for some of the 200 Hartley Bay residents.

The Gitga'at Development Corporation anticipates that the planning and construction phase of the project would generate work for approximately 28 full time positions and a further 60 jobs would be created for Gitga'at members from ongoing operations.

The Nation has long wanted a hotel and restaurant in the community. The proposed Hartley Bay Harbourfront Development Project will increase community resilience and support economic diversification into the tourism and retail sectors. The hotel, restaurant and longhouse waterfront development will combine to bring more traffic into the community, and keep visitors for longer periods of time.

This will have a positive economic multiplier effect for community-owned businesses and positive influence on fuel sales and docking revenues, both of which benefit the Nation. Hartley Bay is well known as a spot in which boats can fuel up, and also safely tie up for the night on the docks behind the breakwater.

The development will be seen from a great distance and together with the retail market will help to draw visitors into the docks in Hartley Bay, which will in turn help to develop other needed services such as a grocery store. -- From a background letter on Hartley Bay Harbourfront development for Regional District


The Harbourfront development is one of two projects that the Gitga'at Nation is working on, also outlining plans to develop a 1.5 km trail with 3 bridges that would connect Hartley Bay to Malsey Bay Campground, which would serve to realize their goal of expanding into the ecotourism and cultural tourism markets.

In their notes for Regional District the Gitga'at highlighted the features the development would provide for:

The existing trail will be widened and covered with geotechnical fabric to limit vegetation regrowth and then resurfaced with gravel and compacted in layers. Based on a ground truthing of the land, there are several new sections proposed for construction that in order to reduce the grade and make the trail as user friendly for all age groups and abilities as possible.

The estimated cost for the development of the Trail is $440,000 and with it comes the opportunity provide for a valuable training opportunity for the youth of the  community.

The training component of the project would see such programs as Chainsaw Certification, Level 1 First Aid, WHIMIS and WorkSafe BC knowledge. The in-class instruction will be followed by a work experience component.

Once completed the Trail would consist of the three bridges, along with picnic tables and shelter which are proposed to be built of yellow cedar from the territorial land of the Tsimshian.

The Gitga'at note that as the trail will have two ocean front access points to allow boaters the flexibility of staying overnight at the campground, or in the comfort of a Bed and Breakfast.


The request from Regional District was for letters of support for their request of $10,000 dollars in grant money to complete the business analysis and site selection for the Harbourfront Development plan, as well as for support on the Trail construction funding request.

The  RD Board of Directors approved both letters of support at their mid July meeting, the Gitga'at will now take their application (and letters of support) to the BC Rural Dividend Fund Project Development for consideration of the current call for submissions.

For more items of note on the Gitga'at First Nation see our archive page here.

An overview of past Regional District items can be explored here.
Posted by . at 10:22 AM