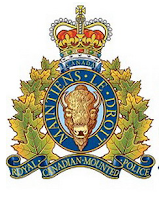 The British Columbia RCMP held two information sessions this afternoon to provide an update on the status of three separate investigations currently underway related to a double homicide near Liard Hot Springs, a suspicious death south of Dease Lake and the quest for two missing teenage males associated to a vehicle recovered at the Stikine River Bridge on Highway 37.

The first update was that of the search for Kam McLeod and Bryer Schemgelsky, the two teenage males were travelling through the area in a camper truck when they went missing, with the truck subsequently being found on fire, with the body of another still unidentified male not far away at a Highway 37 at a pullout.

Today's update did not provide much new information on the file, other than the provision of a composite sketch of the unidentified deceased male, with the RCMP asking the public for help in identification.


The deceased male is described as between 5 foot 8 to 5 foot 10, is Caucasian with a heavy build. It's estimated that his age is that of 50 to Sixty years and he featured Grey hair and Grey Bushy Beard.

Further notes on the Dease Lake case file can be reviewed here.

BC Mounties also did not have too much additional information to share on the Double homicide investigation of tourists Chynna Deese and Lucas Fowler, their bodies were discovered last week along a northern stretch of Highway 97 with the RCMP confirming that they had suffered from gun violence.

As part of the investigation, the RCMP released a composite sketch of a person that they would like to speak to about an encounter he may have had with the pair along highway 97 North.


The male who the RCMP wish to talk with is described as Caucasian, with darker skin and dark hair, shorter than 6 foot 3 inches. He could possibly have a beard and/or glasses..

He may also be associated with an older model Jeep Cherokee with a black strip on the hood and a black light/bull bar with small covered lights. It is believed he was travelling in a southbound direction from the Liard Hot Springs area.

In addition to the composite sketch, the RCMP have released some video footage from a Fort Nelson gas station.

As part of the RCMP information conference of today, the father of Lucas Folwer, spoke at the end of the update. He urged the public to come forward if they have any information what so ever related to the death of his son and his companion Chynna Deese.

More background on the Deese/Fowler investigation can be reviewed here.

Some of the past RCMP updates and other news reports on the ongoing investigation can be reviewed from our archive page here.