With another tumultuous weather system approaching from the West, BC Ferries has announced a Sailing Cancellation for service on the North Coast and Haida Gwaii.

Earlier this morning BC Ferries posted a Service Notice cancelling the 10 AM departure from the Fairview Terminal for the Northern Adventure, which also means that the return sailing from Skidegate has been cancelled as well. 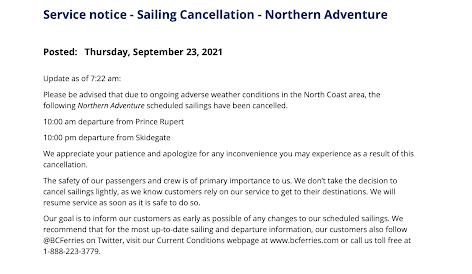 The decision to remain in port was made as the North Coast prepares to face the first storm of the Fall season, following on the heels of the late summer weather event of Monday.

As a result, Environment Canada has issued a Rainfall Warning for the Prince Rupert area, with up to 140 mm possible before the storm passes, along with notes of strong winds to accompany the system as it arrives on the North Coast. 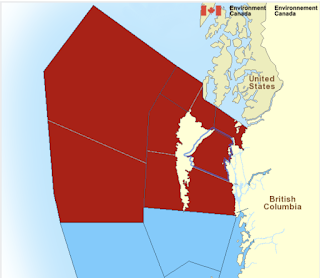 Marine weather conditions for the day which led to the decision to cancel service will see winds of up to 50 knots into this evening with seas building to 4 metres later this afternoon. 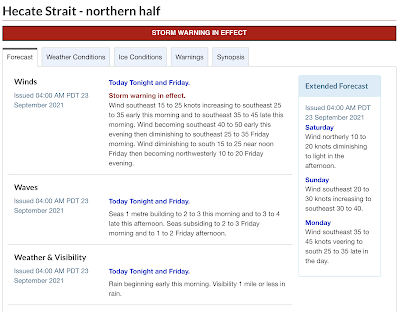 You can find the latest service information from BC Ferries from their Service Notices page.

More items of note on marine transportation on the North Coast can be reviewed here.