A plan that could provide opportunity for residents in neighbourhoods across the city seek out some local improvements and have the cost added to their property taxes has been sent back to city staff for a bit of extra work.

That after a number of Council members raised some concerns that they have with the proposal submitted for consideration at the Monday Council session.

The Discussion on what would be known as the Local Area Service Policy came following a report from Director of Operations Richard Pucci, a report that was called for by City Council following their discussion on a lane issue on the city's east side earlier this year.

A topic at the time which Councillor Barry Cunningham had described as 'a can of worms'. 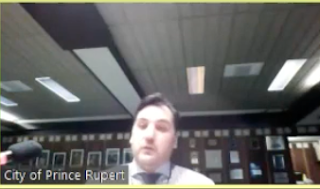 Monday Mr. Pucci provided Council members with the background to the proposal that would introduce a new local service tax process for the community, one where property owners in city neighbourhoods could petition the residents to have specific work done, with all property owners in the area then to pay their share through a tax specific to their project location.
As the Operations Director outlined in his written report to Council (available as part of the Council Agenda from Monday), at least half of the property owners would have to approve the work that is being considered. The residents share would be added to their property tax rolls either by a single payment or by instalments.
Therefore; when property owners adjacent to an unconstructed lane wish to have the lane used for public vehicular access, and when this lane is not scheduled for improvement by the City, the owner(s) can petition the City for a LAS to improve the laneway for vehicular access to the laneway standards established by the City.
In such circumstances, the City will provide interested property owners with the appropriate form of petition. For lane improvement LAS initiatives, the City will participate at a maximum rate of 25% of the costs. When lanes are built under this initiative, staff shall incorporate any additional ongoing maintenance costs in subsequent city budgets and financial plans. Further, lanes developed under a LAS will be given the lowest priority rating for snow clearing and pothole repair.
Additionally, an administrative fee to recover staff time to assess and process LAS requests from application time to construction/completion of the project applies to each LAS and is based on the project's final cost. Typically, once the project cost assessment is complete, the individual property's share is determined and added to the property tax roll.
Cost-shared local improvement charges are paid through property taxes, either in a single payment or as annual installments for a duration of between 5 and 20 years. If paying through annual installments, an interest component is typically added. -- From a Report to Council available from the Council Agenda package from Monday's session
A number of Councillors expressed concerns on the proposal as designed, raising a few themes which Mr. Pucci could not expand on towards the proposal on the night.
Much of the concern from the Council members was related themes of fairness for residents in neighbourhoods and who may be more impacted by any changes and should perhaps carry a larger burden on the taxation themes.
"I can imagine a situation where let's say there are five property owners and three of them want something to happen and two of them don't. If I'm reading it correctly, then the two that are opposed would be faced with the burden of paying for something that they don't support. I'm wondering whether that's the case first of all or whether they can opt out. And secondly whether they would have any recourse in terms of compensation." -- Councillor Nick Adey
In reply, Mr. Pucci confirmed Mr. Adey's interpretation of the scope of the proposed initiative.
"The policy is written as such that, that that is the case, that they would take on that burden if they were of a minority part in the petition. At this point, there isn't anything written about opting out of the policy. So a petition is brought forward and it is successful then everyone benefitting from that improvement would pay for that improvement. -- Operations Director Richard Pucci
Mr. Pucci's reply giving the councillor cause to comment: "that gives me lots to think about" 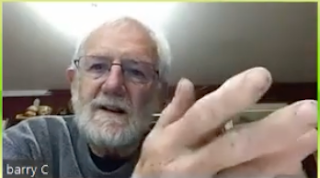 For his part, while not using the term "can of worms" this time around,  Councillor Cunningham still expressed some strong reservations about elements of the proposal, making note again of the conversation earlier in the year on a lane issue on Seventh Avenue East and  noting that with this policy the city would be looking in some cases to charge people for work on infrastructure that the city had not maintained.
"Although this is a pretty good policy, I have a couple of problems with it. One is, in this particular case that brought this to the forefront, that lane has been there for years. It just fell into disrepair because the city wasn't maintaining it.
And there's other lanes around the city in the same situation, there was a lane developed by the city and used for years ad then when we went through rough times the city stopped maintaining them ...
I think In this particular Seventh Avenue one, it's a rather unique case. We haven't maintained a city infrastructure and now we're asking a city resident to come forward and pay for the fact that we didn't keep it up ... and I just don't think that is right" -- Councillor Barry Cunningham
As part of the review of the topic, Rob Buchan the City's Contract planner also joined in the discussion, redirecting council back to the topic at hand and offering the view that concept of a Local Service Policy is one that provides both residents and the city with options towards improvements in specific neighbourhoods.
"The Seventh Avenue project is not what is before Council right now, what is before Council is a policy for local improvements. Council can adopt this policy and it can turn around and say that it's going to do improvements on its own without using that policy.  That policy gives residents an option to petition the city and it gives the city an option to petition you know the residents for a Local improvement. Then ultimately it's the city's decision whether or not to go ahead" -- City of Prince Rupert Contract Planner Rob Buchan 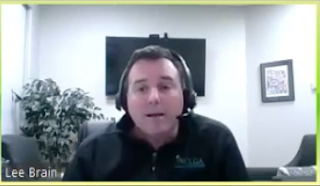 For his part, the Mayor observed that the Local Service Policy proposal is an option that is in place in many communities around the province and a useful instrument to get smaller projects done.
Mr. Brain also recounted some of the recent history for the city on infrastructure themes, with the Mayor highlighting the many projects that the city has to spend money on in the near future and how this Local Services policy is an option to get smaller projects funded quickly and acted on.
"Councillor Cunningham, to understand the reason that this has come about is that yeah the whole town collapsed in the early 2,000's and lots of things weren't maintained moving forward.
Now if people want to wait for the city to prioritize laneways, well they'll be waiting until well after 2030.
Because with Watson Island, the costs and the Water Treatment costs, and Wastewater treatment costs and RCMP costs; we're talking hundreds of million dollars of city priorities going into those major infrastructures that these other areas aren't the top priority for city spending.
The reason why this has come about is to give an option to get smaller projects an opportunity to get funded quickly so that  people can see improvements in their areas.
And this isn't something that's uncommon, we're not some unique case here. I mean in fact we're one of the only municipalities that doesn't have Local Service Area  improvements. I mean our staff went out and researched a variety of other communities that have these policies in place.
If we don't have this in place, then yeah, you know if that's the case then everyone will be waiting for their laneways be redone, because they're not part of our major infrastructure program.
We already have priorities as Council, a 70 million dollar water project is our top priority and phase two coming to completion and Phase three hopefully beginning  next year.
And if its that versus doing it all at the same then we're going to have to choose our priorities, that's why were allocating resources wisely and effectively based on the priorities that we've already set up." -- Mayor Lee Brain
After some additional conversation towards the topic, while many expressed support for the concept of the Local Service Policy, the membership tabled the discussion for the moment and then suggested that the Operations Director take the proposal back for further study and bring it back for review at a future Council session.
You can sit in on the discussion through the City's Video Archive starting at the 2 minute mark of the Monday session.

More notes on Monday's City Council Session can be reviewed from our Council Timeline Feature.
For further items of interest on the city's infrastructure see our archive page here.
A wider overview of past Council discussion themes can be found here.
Posted by . at 11:57 AM