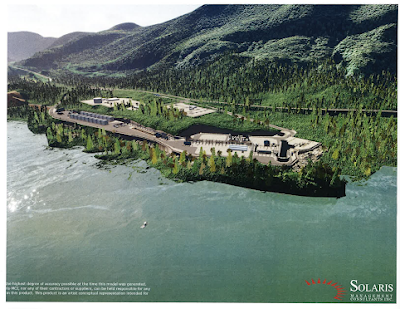 With Port Edward District Council moving the Port Edward LNG facility proposal forward this week, the next step towards public information for the project will come next week for members of the Metlakatla First Nation.

In an update for the Metlakatla community, the Metlakatla Stewardship Society's Environmental Assessment department and Port Edward LNG announced the they will be hosting the information session on Wednesday, September 22nd from 5:30 to 730 PM.

The event to be held virtually by Zoom with a link to the session available through the Metlakatla Facebook page or website.

At the session, representatives from the Society and Port Edward LNG will be on hand to answer any questions for the project proposed for an area east of Galloway Rapids in the District of Port Edward. 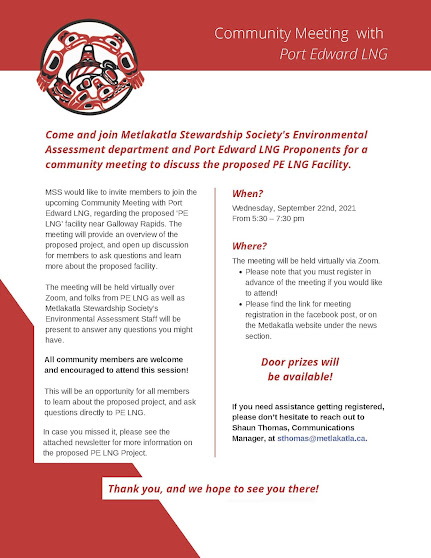 As we outlined earlier this week, the proposed development is considered a small scale LNG initiative, the Port Edward version one which will process the gas at the site off of Highway 16 and then ship it to global markets through containers, shipping out of the Port of Prince Rupert.

More notes on the proposed Port Edward LNG project can be reviewed here.