Why did the pedestrian cross the road at Cow Bay? Because the walkway on the bridge remains closed 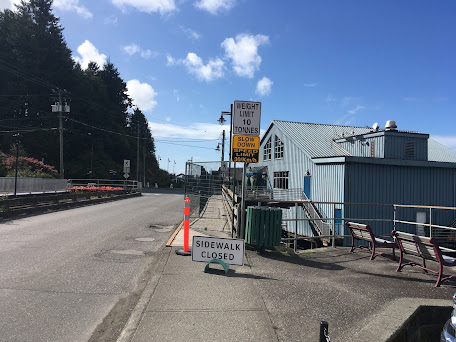 Pedestrians in the Cow Bay Area continue to have no access for the sidewalk along the Cow Bay Bridge, with repairs still to take place for the crossing over the slough at Breakers.

The sidewalk was closed on August 24th after a traffic mishap which saw a motorist crash through the railings at the front of the popular Cow Bay pub.

After its short flight, the car landed in the slough below, which fortunately at the time was at a low tide, with the motorist subsequently extricated by members of the Prince Rupert Fire/Rescue department and then taken to hospital for attention.

Most of the damage to the structure appears to have been directed to a walkway from Breakers to the sidewalk, which currently looks like something from an Indiana Jones movie set. 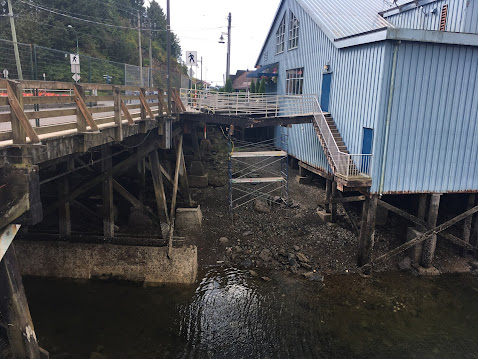 Since the August incident, the crossing has remained closed with nothing of note released by the City of Prince Rupert as to a timeline for its reopening, or even an indication for that matter that the walkway has been closed.

It's not a major inconvenience however for those transiting to, or through the Cow Bay Area  from either east or west, can make use of the city's Rainbow Crossing which is getting some additional use these days. 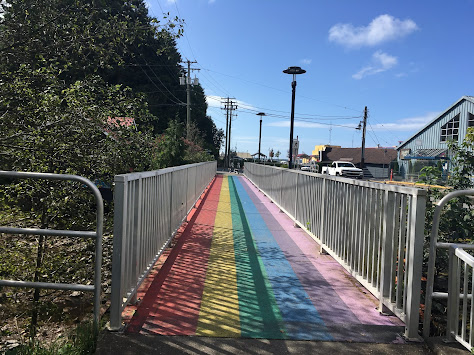 Keep an eye on the City of Prince Rupert Facebook page for any potential updates on the situation.