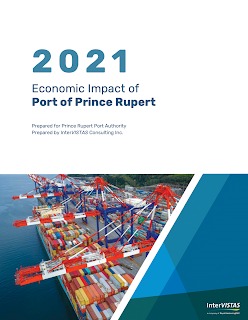 That among some of the findings from a just released Economic Impact Study provides  glimpse into the scope of the footprint that the Port has not only in Prince Rupert but across the Highway 16 corridor.

The Report was released by the Gateway Council, which consists of the Port of Prince Rupert employers, industries and labour organizations.

Among the themes of the document and the data that is included is a look at how the Port and its partners have helped to offset the impacts of the ongoing COVID-19 pandemic.

In some notes from the report, the Council outlines the following:

The study found that growing cargo volumes moving through the Prince Rupert Gateway continued to translate into significant economic benefits for communities throughout the northern BC corridor.
While the impacts of the COVID-19 pandemic in 2020 dampened outcomes associated with some lines of trade, strong performance in other sectors played a key role in providing economic and employment stability in the Gateway and the northern BC region as a whole.
The Gateway continued to demonstrate its resiliency, efficiency, and reliability as a key strategic trade corridor for Canada and an economic engine for local communities.
The economic impacts of the COVID-19 pandemic were particularly acute in tourism-related businesses tied to cruise and ferry visitors, but also impacted container volumes and related employment numbers.
Growth in cargoes and terminals related to coal, wood pellets and propane were important counterweights and highlighted the value of cargo diversification moving through the Port.

Some of the statistical findings of the economic impact from the study included: 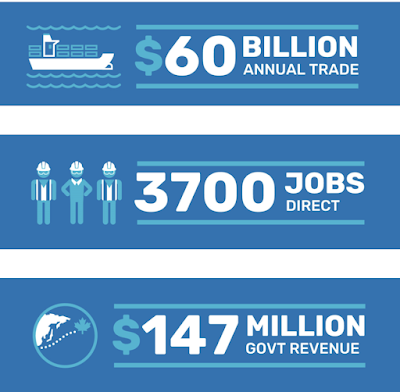 The study also notes that the economic activity generated by the Port and its partners has provided for significant tax revenue for all levels of government, with the document noting of the personal tax, corporate tax, and property tax revenues that have been delivered.

Of the distribution of that financial activity, the federal and BC governments are the largest recipient of tax revenue, but local governments increased revenues by 22% to $12 million from Port properties.

Included in the information release today is a brochure that provides for a graphics overview towards the latest Port themes, including a look a look at some of the Port expansion projects underway. 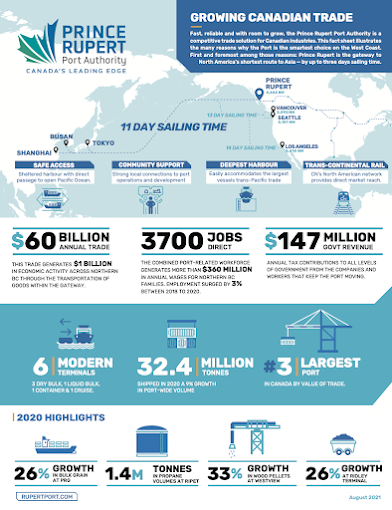 You can review the full Economic Impact report here.
More notes on the Port and its partners can be explored from our archive page.
Posted by . at 12:19 PM