If Councillor Nick Adey can steer his suggestion from the end of Monday's Council session to the finish line, Prince Rupert residents may soon get an update on some of the challenges being faced by the city's Emergency Service providers.
The Councillor brought the topic up at the end of the Monday Council session, noting that it had been a while now, since City Council has had representatives from the RCMP, Prince Rupert Fire/Rescue and BC Ambulance Service on hand for some information sharing. 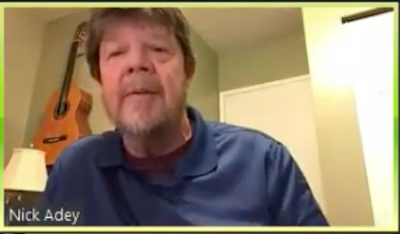 "I wanted to reflect on the fact that up until about I think probably about a year ago, not often, but with some regularity we would get a chance to talk to people from Emergency Services.  Whether that's with the Fire Chief, or Paramedics, or the RCMP.
We haven't really done that for some time and I'm wondering whether it would be appropriate to ask that we, explore the possibility of renewing that.
I think particularly, in terms of my own interests, particularly RCMP. I understand that there has been some transition there in terms of the sort of who's leading that department.
So I'm not sure whether we're at a point yet where there is somebody we can call in"
On the theme of an update from the RCMP, the councillor's memory is good but maybe a little fuzzy on dates.  With the last detachment overview coming back in December of 2019 when Council had Sergeant Pascal Baldinger from the Detachment in for a conversation, though the Council members seemed to pick and choose their questions carefully at that time.
As part of his call for an update. Councillor Adey offered up that such a conversation could take place in the public forum of a Council session, or if required in-camera, which would be out of the public view.
"I think whether it's either in the in-camera meetings where there's a certain amount of detail we can go into, or a more general opportunity in a public meeting I would like to see us go forward with that'
And that's where council may want to reconsider their concept for the next info session a bit.
Considering of the volume of in-camera sessions that they already hold (and those the public may not even be aware of), no member of council should be recommending that they hold even more of them.
Particularly when it comes to an issue as important to the community as a whole as that of Public Safety.
Anything that the RCMP detachment may have to say to Prince Rupert City Council, is something that they should say to the larger community and the forum of a Public City Council session is the perfect place for such a thing.
In fact, any elected official suggesting in a public forum, the possibility of taking such an important issue behind a closed door, seems like a rather curious thing to bring up for the public to consider and maybe to comment on.
Should Council members want to be proactive and truly representative of the residents of the community for that proposed meeting, they could ask for questions from the public prior to the meeting taking place, ensuring that the community receives answers to the themes that they have concerns about.
As part of the discussion on Monday, Mayor Brain noted that the detachment is currently in another period of transition, seeking out a new Detachment commander.
"We have an interim Inspector right now and the RCMP is in the process of recruiting and bringing forward applicants for the actual position, which has been I think within this year frame"
You can review the full discussion from the Monday session through the City's Video Archive starting at the one hour, twelve  minute mark.
More notes on Monday's Council Session see our Council Timeline feature.
Until the City Council members can set up their information sessions with the RCMP, Prince Rupert Fire/Rescue and BC Ambulance, you can get a sense of some of their efforts in the community through our Emergency Responders Archive.
Posted by . at 12:33 PM