Back to Back weather systems have brought a large volume of rainfall to Prince Rupert and for the Hays Creek waterway that runs through the community, with the amount of rain of the week from the twin pacific front creating conditions where the creek is rising to the top of its banks all the way to the Canadian Fish plant at on George Hills Way.

Such has been the consistent stream of water from the mountains to the ocean that the Recreation Centre area is the focal point of note, with white water by the Civic Centre and the water nearly topping the footbridge at McClymont Park.

All that water eventually makes its way to Prince Rupert harbour, collecting at the slough between the Sixth Avenue Bridge and the channel under the Canadian Fish Company property on George Hills Way.

According to Environment Canada, as of yesterday, Prince Rupert has received up to 95mm so far of the potential 140mm that has been forecast.

That goes along with the 80mm from the Monday deluge. The largest volume of rainfall since 2010. With the totals from today still to be delivered.

As we noted through the week that rainfall has had some impacts around the region, with a Boil Water Notice in Prince Rupert, flooding along Shawatlans Road, damage to the Golf Course and causing for a hard decision for the Oldfield Creek Fish Hatchery.

So far the City of Prince Rupert has not advised of any issues for the community related to the last 24 hours of extreme weather.

Prince Rupert residents will get a respite from the rain on Saturday, with the current weather system expected to move on by mid afternoon today.

However, keep the wet weather gear handy, Rain is in the forecast fro much of next week. 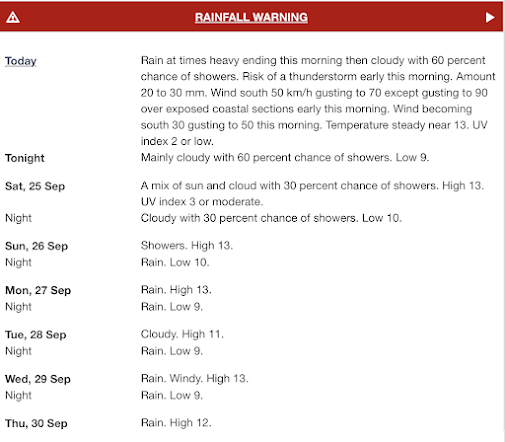 More notes of weather themes can be explored from our archive page here.