Alaska Representative Dan Ortiz is feeling fairly positive these days about the prospect of Prince Rupert and Ketchikan once again being connected by marine transportation, with the American politician making note of the progress on plans for a return to ferry service for the two communities. 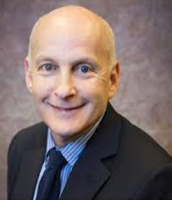 The resumption of service would make for the first transit between Ketchikan and Prince Rupert in over two years.

In a report from Alaskan radio KRBD, Ortiz's comments for a Ketchikan Chamber of Commerce session from November 17th are highlighted.

With the Independent Representative for Ketchikan observing that while some challenges remain, he's confident they will soon see progress,  similar as to how the requirement of an armed security presence in Prince Rupert was addressed.

As we outlined in September, one of the key issues of concern for the Americans was apparently resolved with plans to have Armed Customs and Border Officers from Alaska at the Prince Rupert terminal once the service resumes.

In his notes through Alaska radio, the Representative also notes that with that new armed presence will also come the need for a detention centre at the Prince Rupert terminal location.

Mr. Ortiz also explores plans to finally address the need for renovation of the AMHS Dock in Prince Rupert, with one suggestion towards resolving that issue being to make use of the BC Ferries dock which was only recently refurbished.

Representative Ortiz is also hopeful that the AMHS may make use of American federal funding towards providing for a new vessel that would be dedicated to the Prince Rupert-Ketchikan run.

You can review his overview of the positive trends for travellers through Prince Rupert from the KRBD website.

So far, the Alaska Marine Highway System hasn't made anything official yet, with the May Sailing schedule still showing no transits available between Ketchikan and Prince Rupert.

And locally, we haven't heard anything on the percolating plans from Prince Rupert Mayor Lee Brain who had been engaged in the process of keeping the marine connection active in years past.

But, from the comments from the Alaska Representative, things are clearly moving in the right direction for the resumption of a long standing service and link between the two communities.

More notes on Marine Transportation on the North Coast can be explored here.

** Note item has been corrected to reflect Mr. Ortiz's position as a State Representative not a Federal one.