State of the City 2022: Water and Wastewater Infrastructure 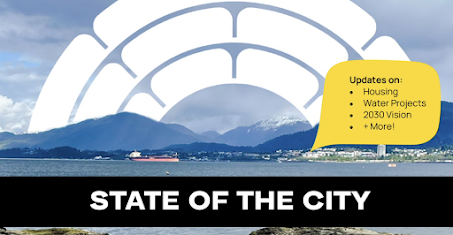 We outlined the Mayor's notes on the financial challenges towards the water infrastructure here, s

Below we focus more on the commentary from Mr. Brain on the Dam and the city's plans for what they have described as an innovative solution to the Federal mandated waste water requirements that the city faces. 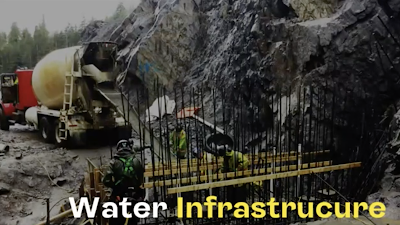 The Mayor then offered up a brief tutorial on the site location across from Seal Cove and the challenges of reaching the Woolworth Dam site and what was required towards preliminary access work towards the three stages of development.

Among those elements, there was a need for a new road, replacement of lines buried underground which was completed in 2018. With that the second phase was the dam construction element, which meant the use of a secondary water supply from Shawatlans Lake and that resulted in a number of Boil Water orders which has been the challenge since the project has been underway.

Towards Phase Two, the Mayor outlined the next steps on the way to getting the new Dam into service.

"The Dam is now complete, officially complete and at the end of this month or early August we're allowing the reservoir to come back up and we will be redistributing back to the main water supply and that will most likely, ninety nine percent end most of our Boil Water issues, that kind of thing, so we'll be back the primary water supply"

The Mayor's Lester session also featured a video that highlighted the challenging conditions that the Dam project provided for. 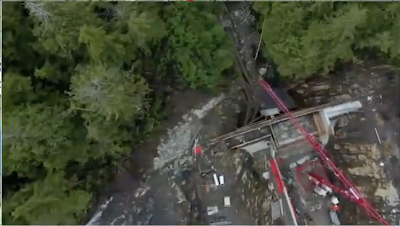 The notes from Mr. Brain also explained the other element of the water program of Phase Three which is the design of the water treatment plant which is anticipated to be started in 2023 or 2024.

Mr. Brain also spoke the numerous Boil Water Orders over the last few years, pointing to changed regulations that made things challenging for the City.

Well theoretically it's not actually all of a sudden that.

The challenge that happened is that there's been new regulations that have been put into place with what's acceptable to be allowed in the water supply.   and since 2010 that has been getting more strict, and more strict and more strict.

And so we have to report now when there's a certain level of micron of bacteria in the water and it has to be reported no matter what now, back in the day you didn't have to do that.

So it's the same coastal water the difference is that the regulations now require notice to the community that there is these challenges, so that is why you are hearing more about it at this point.

And we have no choice on that, we operate but we don't regulate, they tell us when we have to make these notices, so that's some of the situation we've be in. 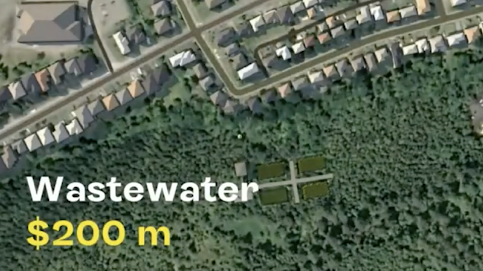 "As you know all of our waste from the toilets goes right to the Ocean, there's thirteen outflows We are federal mandated to cap all of those outflows, we just applied for an extension and we got approved to a 2030 timeline. We've got some time and what that would entail is twinning off every single line in town.

Right now we have one line, you'd have to have a sewer line and a storm line, once again you're ripping up all the roads, you're twinning off all the lines massive, massive infrastructure challenge, our most expensive option.

However, we may have found a solution to save the community well over a hundred million dollars on this and there is going to be a video after this.

But, Mr. Pucci our Director of Operations and our City Management team have been researching new wastewater treatment methodologies. They went over to the East Coast and met some communities there on some of the waste treatment they were doing. And we're actually going to be pursuing  a new innovative kind of sustainable approach to waste treatment" 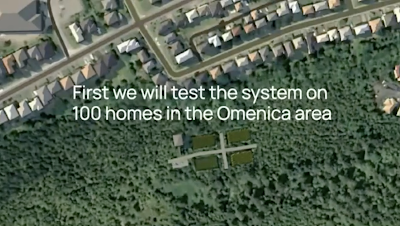 As the Mayor observed for the audience on Tuesday night, the pilot project is destined for the Omenica Avenue area, which if successful would be replicated across the city.

"We're going to do a pilot project behind Omenica, where we're going to do a natural wetland solution where we actually use nature to treat the waste and we'll have many of these all over the community in different neighbourhoods.

There's no smell, there's no odour, it looks like a park and it's something you can actually visit and  you won't even know what it is, so there's a lot of bonuses to this"

As part of his overview the Mayor presented a video on the topic to further explain the process.

"So just to finish off on that note then, if we didn't do that approach we'd have a variety of concrete treatment facilities along the waterfront. Massive cost, massively mechanical projects as well that take a lot which take a lot of upkeep so maintenance and operations are a big cost as well.

This you'd have a variety of those wetlands all over the community in different areas, they would all treat the waste ... it's a sustainable solution for the long term.

We've applied for two grants from the Feds and the UBCM, and we're looking at a six million dollar pilot project, ultimately the cost of that project is probably anywhere from 80 to 100 million but it won't 200 to 250 million if we prove that the pilot project is successful"

The two water theme elements of the presentation can be viewed from the City's Video replay of the Sate of the City Presentation.

The Woodworth Dam notes start at the 19 minute mark

The Wastewater themes can be reviewed at the 14 minute mark

Our Major Projects Archive page has much of the background towards both developments as they have progressed over the last few years.

Our Full overview of the State of the City Presentation can be reviewed here.

We also have created an archive of the elements from it, that compilation is available here.

(all above images come from screenshots of the video presentation)