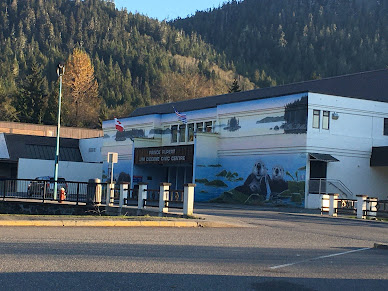 Residents of the North Coast head to the polls today under bright and sunny skies and with some crispness in the air.

The voting stations of the Jim Ciccone Civic Centre opened at 8 AM and voting continues until 8 PM tonight.

Whether we have any indication as to the status of the next government of British Columbia may depend on the vote count delivered today and from advanced polling from the last week.

The volume of those British Columbians who opted for the Mail In Vote ballot may mean that some of the province's closer races may take a bit more time to declare a victor.

Something which could keep the candidates on the edge of their seats for up to another two weeks. 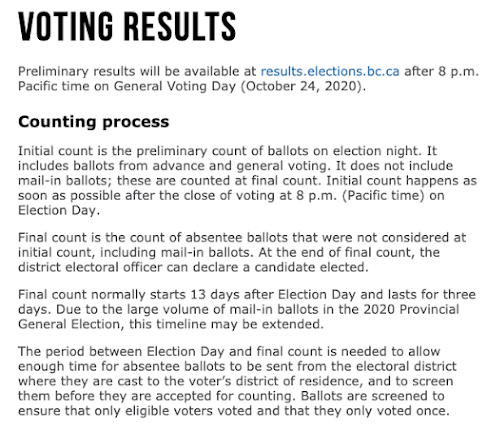 More background on how Elections BC will conduct the vote count can be explored here. 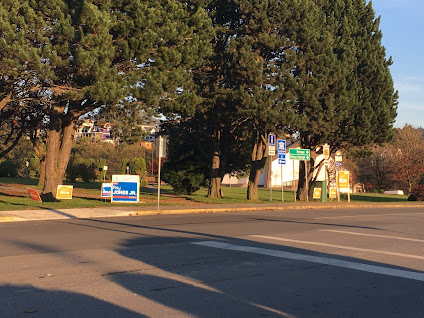 The North Coast race for the Legislature features three candidates, Jennifer Rice for the NDP, Roy Jones Junior for the BC Liberals and Jody Craven representing the BC Libertarian Party.

A reminder, those who are on their way to the Civic Centre to vote can ride Prince Rupert Transit for Free today. 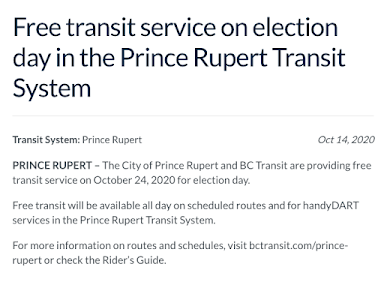 The right to Vote is one of the most important elements of our democracy and your participation in the process ensures that  we continue to have a say in who represents and provide for our own checks and balances on how government works.

So, simply put, Get out and Vote!

We'll update the blog later this evening with whatever results are made available locally, as well as to watch the major races across the province.

For more notes on the 2020 election see our archive page here.