As we outlined on Saturday, the trio provided for the prosecution of sorts for the people of Prince Rupert v Wilkinson, outlining the career arc for the Liberal leader from a former Senior Government bureaucrat, to his time as a corporate lawyer and how both careers contributed to the litany of legal woes that befell the City of Prince Rupert over the days of Sunwave and what followed.

On Sunday, the current leader of the British Columbia Liberals took to the offensive on the pulp mill allegations; speaking as part of BC Liberal North Coast candidate Roy Jones Junior's virtual Open House.

For the most part, Wilkinson accused the three of some selective history and put his focus on the days of the NDP taking over the pulp mill operations as to the point where Prince Rupert's troubles began.

Though in his response he was also somewhat selective as to which areas of their prosecution that he would address on the day, skipping some of the themes introduced by the trio on Saturday. 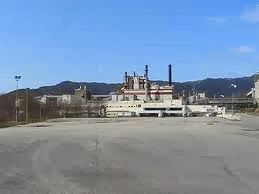 "I think you've heard about this Sun Wave Forest Products story and it's being completely misrepresented by the NDP. The story is, as you probably know, Skeena Cellulose went broke under the NDP. The NDP poured hundreds of millions of dollars into it and nothing ever came of it. They failed the people of the North Coast by trying to run a pulp mill they didn't have the faintest idea how"

As for his work as a corporate lawyer as part of the bankruptcy, Mr. Wilkinson outlined his role in the court proceedings and how it was simply a case of dealing with the situation at hand.

"So when I got involved, all it was about was trying to salvage the equipment from this failed pulp mill that the NDP drove into bankruptcy, and we went to court about the equipment and that got sorted out the way it should have been"

Towards the idea that his involvement in the days of the Pulp mill was somehow pivotal to the following ten years plus of misery for the City of Prince Rupert on Watson Island, the Liberal leader suggested that the NDP's overview was nonsense.

"So when you listen to the NDP and think this is the whole story of the North Coast depends on that, it's just utter nonsense"

You can review the range of Mr. Wilkinson's talking points on the issue from Mr. Jone's Virtual Open House below, the pulp mill and all of the BC Liberal's contribution to that event take up the first four minutes of the live stream.

The introduction of the days of Watson Island was somewhat of a surprising theme for the local campaign, originally planned to be released over Thanksgiving weekend; the livestream was rescheduled for one week later,  the launch of the period that launches the seven day countdown  to the BC vote.

The big presentation of Saturday however was overshadowed on the day by an apology from the NDP's Nathan Cullen, that for his controversial comments related towards the North Coast candidate Mr. Jones.

Still, the Pulp Mill prosecution made for the BC version of the October surprise of politics, though it's not clear if the topic will have much impact on area voters as they consider their electoral options in this last week before Saturday's General vote.

If you wish to revisit the days of Watson Island, you can find some of the more recent history of the industrial site that has long haunted the community see our archive page here.

For more background on the Northwest election campaigns see our updated notes here.

A wider overview of the provincial campaign can be explored from our political blog D'Arcy McGee and our Victoria Viewpoints.