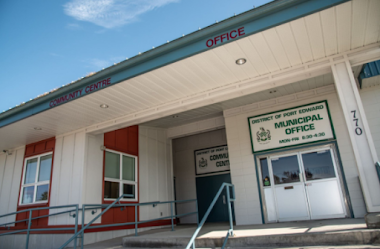 The District of Port Edward's October Council session delivered some interesting themes from the discussion of the Councillors, with the charting of a course towards what could be new industrial development among the key revelations from their meeting of the 13th.

At the meeting the District Councillors provided for First and Second reading to bylaws that would see the rezoning of a 37 acre property along Highway 16, that to allow for construction of an LNG facility by a company called Port Edward LNG.

The rezoning request is really just the starting point for the proposed development, with the District noting that a Public Hearing will be scheduled in the future where more details and an opportunity for public comment will help to frame some of what the still unknown developers have in mind.

The Council session of the 13th also saw the District approve an updated Emergency Management Plan, the document was last updated in 2006, with the District comparing plans from other communities to revise their own version. 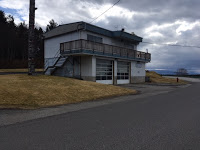 Council also approved a request from the Prince Rupert Community Halloween Fest Society to make a donation towards the purchase of Candy, that as part of the Halloween Committee plans for a School Treat Distribution program for this year for all the schools under the SD52 umbrella.

An equipment purchase was also part of the night's review, with the Council reviewing plans towards lawn equipment resources.

You can review some of the talking points from the District's session from their Agenda page here.

The District also released their monthly newsletter in early October, providing an update on the purchase of their new garbage truck which is expected to arrive early in 2021.

Mayor Knut Bjorndal also noted how the heavy rains of the last few months have impacted on the community and how the current road rebuilding program may work towards addressing some of those issues, with the scheduling of additional repairs to be prioritized.

The review also outlined the work of the Council as part of this years unique online UBCM sessions, with Mayor Bjorndal outlining the details of the two meetings with the Ministries of Education and Environment. From those discussions the topics of the demolishment of the old Port Edward School and the ongoing concerns over coal dust monitoring were raised with hopes for further outcomes in the future.

The October update also provided a short overview of the ongoing work on the District's Official Community Plan, with a public hearing to be scheduled soon to allow for community feedback on the proposed changes.

You can review the full October update here.

For more notes related to the District of Port Edward see our archive page here.