Prince Rupert's stories may go to the backburner for a bit, as Bell Media looks to fill opening at Prince Rupert office

Prince Rupert may not be ready for its close up for the next little while, with some more change seemingly taking place at the Atlin Terminal offices for Bell Media.

That with Bell's Terrace based Northwest operations posting a Video Journalist/Radio Reporter position on Friday to their careers page, the full listing of the Help Wanted ad is available here.

The position was most recently held by Divya Gill who joined CFTK in May, though what appears  to be her last story for CFTK TV in Prince Rupert, came on October 7th and a report on the city's plans for a new RCMP detachment.

The Prince Rupert vacancy is the second one this year, following the departure of Brittany Webster back in February. 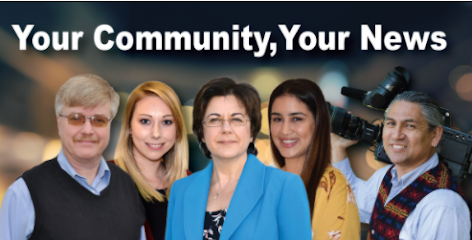 It's been a busy period of change for the Northwest media company, which recently saw long time News Director and radio news presenter John Crawford retire from the business earlier this month.

So far, CFTK and Bell have not announced who has been put in place as News Director for the regional team that tells the stories of the Northwest.

More notes on the regional media scene can be explored here.