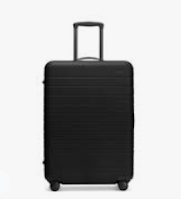 Last week saw a bit of tutorial for the public on how Prince Rupert's City Council  members have adjusted to the COVID times and some of the out of town adventures that can be part of their duties outside of the regular council sessions.

The opening theme of the update came from Councillor Nick Adey, who as we outlined last week, provided a bit of a thumbnail guide as to how this years annual UBCM convention moved forward.

The Councillor providing for his Nick's Notes, observing that the event for 2020 was a virtual gathering, a shift required as a result of COVID measures, but one which meant that the large touring delegation that the city sends on a yearly basis to the south was homebound for this year.

As Mr. Adey observed that does provide for some savings on this years travel budget, though as we would learn shortly after his review, there was seemingly some out of town travel on the agenda for some on council this year.

That as Councillor Reid Skelton-Morven outlined some of the benefits he found from a trip with City Manager Robert Long to a Federation of Canadian Municipalities event. 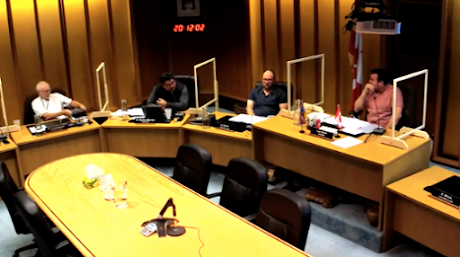 "Having been the only councillor along with Dr. Long to go and attend  the FCM convention and you know that experience that came with that, I think that a lot of local government is building those relationships with not only Cabinet, but also the procurement process ...  The matter of just actually building those relationships requires showing up. And I've been adjusting to the Zoom life and all that kind of stuff with all of the pandemic, but actually showing up in person and making those connections, a lot of them are chance encounters but just by showing up and actually making yourself available and finding off those items that can kind of address some of the bigger challenges that face the community"  -- Councillor Reid Skelton-Morven.

Mr. Morven's notes on travel do serve to once again remind us that the City does not provide for any updates on the travel of our elected officials and senior staff.

Something which leaves residents very much in the dark for the most part as to how much travel takes place during the course of a year, or how much of the city's budget is taken up on travel and associated expenses for those who hit the road.

For the most part the only glimpse that City residents get into the expenses incurred by Council members comes once a year as part of the City's SOFI process, a lump sum amount that does not provide for any breakdown as to how the civic funds were spent.

When it comes to travel, it wouldn't be too complicated a process for the City to post a listing to the city website indicating which Council members or Senior staff are out of town each week on council related requirements; followed up by a monthly review of those travels and the spending that was required.

Such a listing would go a long way to showcasing some dedication towards accountability and transparency, themes we hear much about from our elected officials but talking points which seldom deliver any tangible signposts along the way.

It might also be helpful if the other council members were to follow the lead of Councillors Adey and Skelton-Morven with a public review of what they found from their travels, or computer viewing in the case of UBCM this year.

The discussion on conventions, travel and such are part of last Monday's Council session which can be reviewed from the City's Video archive starting at the one hour six minute mark of the session.

For more notes from last week's Council session see our Council Timeline Feature here, as well as our archive for the October 5th session here.

A wider overview of past City Council discussion topics can be explored here.