The talented brewmasters of Prince Rupert's Wheelhouse Brewery are looking to spread the word on the most northwestern stop on the BC Ale Trail, taking part in a province wide October event with five other British Columbia breweries.

The Explore BC IPA initiative has delivered the invitation for residents of the province to take a taste drive of their local craft breweries, while supporting BC's Tourism and hospitality industries.

As for the celebratory Ale, the creation of the six breweries including the Wheelhouse combined a range of British Columbia ingredients with berries, hops, grains and even subtle pine notes all combining for the creation.

The limited edition West Coast IPA will be available across the province at select BC Liquor Stores, private liquor stores and craft breweries which of course will include the Wheelhouse. 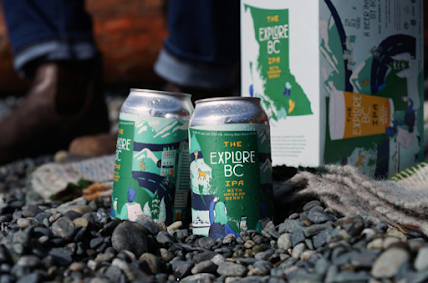 Getting in on the October fun is Tourism Prince Rupert which is partnering with the Prince Rupert brewers in a Giveaway to celebrate the launch of the new Ale. 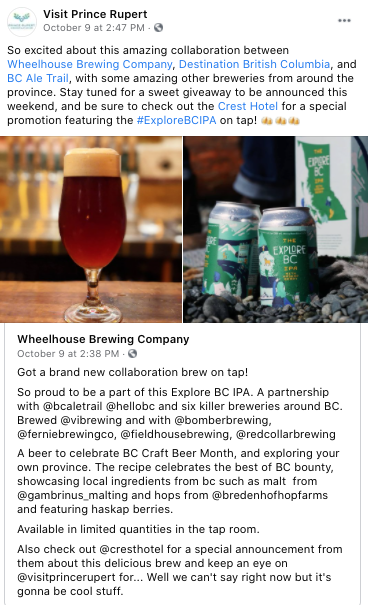 The prize package for the contest includes:

🍻 One piece of Wheelhouse merchandise of your choosing.

🍻 One growler filled with your choice of Wheelhouse craft beer.

🍻 Two pints of the Explore BC IPA to enjoy in the Wheelhouse tasting room.

The winner will be announced on Friday and must be redeemed in person at the Wheelhouse.

Learn more about the project from Wheelhouse Facebook page and from Tourism Prince Rupert.

More notes on the Tourism sector in the Northwest can be reviewed here.

While themes from the Commercial sector can be explored here.