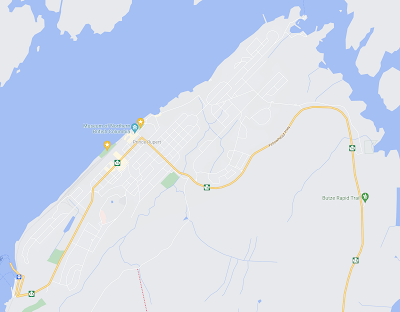 Through much of the BC election campaign on the North Coast, the theme of housing has proven to be one of the main topics of attention, with the lack of adequate housing options in the community offering up the candidates a chance to take some different approaches.

Housing provided for much attention for the two candidates debates of last week, with Prince Rupert the focus for the October 7th debate and again on October 8th.

For the incumbent Jennifer Rice, the topic has given her opportunity to recount some of the housing that has been put in place during the last few years, from the supportive housing found along Park Avenue, to the relocation of the homeless shelter and its pending move to a larger space at five corners.

All positive achievements for the NDP and their candidate in recent years, but as BC Liberal candidate Roy Jones Junior correctly pointed out, the need is one that is significant and there is still much work to do, particularly in the area of Social Housing through BC Housing.

Libertarian Jody Craven also had strong words for the current NDP policy calling it a song and dance, though he has offered few suggestions so far as to how to remedy the current challenges.

And while all made note of the current situation facing those looking for housing; it is a theme which continues to be a dominant one at both the provincial and municipal level.

To be fair to the provincial governments present and past, there has been much more work achieved on the provincial side than what has been found by Prince Rupert City Council.

Mayor Lee Brain used some of his update of last week for Council to speak to the ongoing themes of housing, making note of still un-announced projects that are seemingly on the way, that statement one which has pretty well been a common theme for much of the last few years.

With the exception of a few single family homes popping up on scattered lots in the community, from the west side, to Eagle Heights and along 11th Avenue, there really hasn't been a significant housing development launched in years.

The Edward Avenue homes the last large scale program of house building and even that construction was carried out over the course of a number of years in the last decade.

That's quite a different situation than is found in Terrace down the highway where building permits continue to rise and tract upon tract of new housing seems to sprout up in a timely fashion.

For the current Prince Rupert city council and that which served before it, the housing file seems to be mostly one of missed opportunities so far.

A large scale proposal for apartments on the old Kanata School lands promised to reduce some of the current pressures faced by renters, but curiously the developers cancelled their plans following discussions with City Council that seemed tied to amenities that the city wished to see put in place.

That developer, which also had home development plans for the vast tract of land off Park Avenue eventually decided to move on from its interest in Prince Rupert.

Similar other housing projects that were once proposed in the heady days of the LNG influenced hyper-accelerated growth also seem to have faded from view over the years.

With the stalled construction plans have also come a string of evictions and fires which removed even more rental space in recent times, making for a housing situation that does prove daunting for those looking for a place to live.

And while there have been some signs that things may be in motion, land clearing along Prince Rupert Boulevard for instance, so far, there has been little indication from the City that any large scale housing construction is about to see any shovels hit the ground.

During his update of last week, the Mayor made mention of plans for a contractors event for the city, a recommendation from Rob Buchan the civic planner who has been working on the city's Official Community Plan.

"We think it would be potentially very effective to invite a group of larger investors in the province and possibly even from the country, to come to Prince Rupert to be introduced to the opportunities that  are here, to be told about this program and to be provided with some market information.-- Contract Planner Rob Buchan

That event seemingly is set for next month, though the city hasn't been particularly expansive on what they have planned for their guests and what they have in mind towards what form of community housing that may come from it.

Still, it will be interesting to see what comes from the viewing sessions and if it translates into some firm commitments to add to the housing stock in the community; though the timelines that seem in motion suggest that the focus is more of a longer term, than any immediate resolution to the housing crunch currently in place.

Though it should be noted once again, that as the city faces a surge of housing challenges, they have decided to move forward to address their housing themes without a civic planner in place locally, having chosen not to put former civic planner Zeno Krekic's position up for staffing so far.

Last week the Mayor observed towards a variety of housing projects that he suggests are coming to the community; promising to try to provide a report to the community by this fall.

"I also know, on the housing front that there are a variety of housing projects unfortunately un-announced yet, that are coming to Prince Rupert or are here now and I'm hoping that we can get a report out to the community on how many units that's going to be by sometime this fall. Because we are at a very low vacancy rate in this community and we need more housing ... I'm very confident that we're going to start to speed up the housing process and get many more units online for this community long term because I know it's one of the biggest challenges that we're facing" -- Mayor Lee Brain on housing last week at City Council

Those currently caught up on the housing crunch are certainly hoping to see some of that progress arrive sooner than later.

You can review some of his themes on housing plans for the community from the City's Video Archive of last week's session starting at the 48 minute mark.

You can review more notes on Housing across the Northwest from our archive page here.