City Council members will be reviewing a proposal tonight that could clear the way towards Property Tax Exemptions to help create land for logistics purposes related to Port Expansion in the region.

The Council Member will be receiving a report from the City's Chief Financial Officer Corinne Bomben at the evening session.

Her report for City Manager Robert Buchan charting the process ahead for a Tax Exemption Bylaw designed to promote development of land in the city for use by logistics providers towards support of the Prince Rupert Port Authority's export terminals in the community. 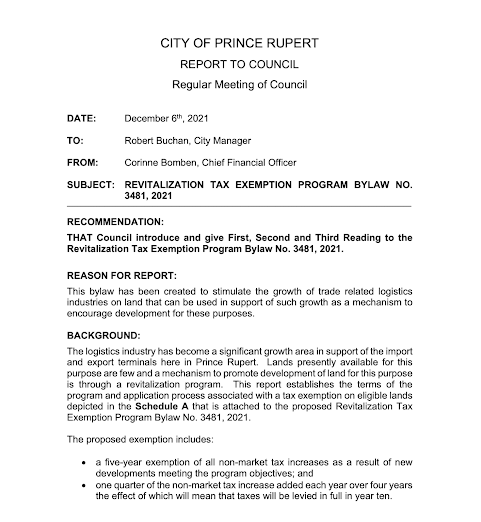 If accepted as it currently looks like, the bylaw would provide for:

And one quarter of the non-market tax increase added each year over four years the effect of which will mean that taxes will be levied in full in year ten.

The applicant will continue to pay the annual municipal taxes that the eligible lands were subject to prior such development.

The program would begin January 1, 2022 and be open for a period of three years meaning applications could be received up until December 31, 2024.

The full overview of the report can be found as part of the Agenda Package for tonight's Council Session starting on page 61. 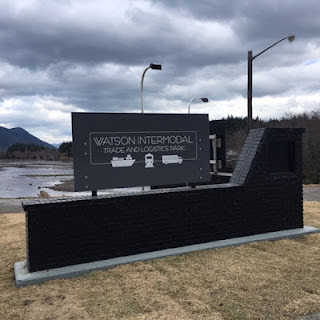 The move by the city, will create the potential for new industrial space, beyond the City's own zone for logistics development that is currently available at Watson Island, a location which they recently identified as a key part of their Strategic Planning.

Though there hasn't been an update provided by civic officials as to how successful the city has been in filling those spaces in recent months.

The growing focus on logistics industry development in the region has also been a prominent part of Prince Rupert Port Authority planning in the last year. 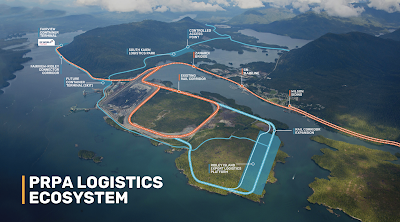 The Port also has its own large scale plans for an Export Logistics Platform  moving forward for an area just north of Lelu Island.

At the end of last year, City Council adopted an earlier tax exemption plan for any proposed development and revitalization of the downtown  core area.

As 2022 looms on the horizon, the next focus for creating development is seemingly to be industrial lands within the city limits, those themes building on the blue print of the 2030 Vision plan of two years ago.

More notes on the city's Major planning themes can be reviewed here.

A wider overview of tonight's council Session is available here.