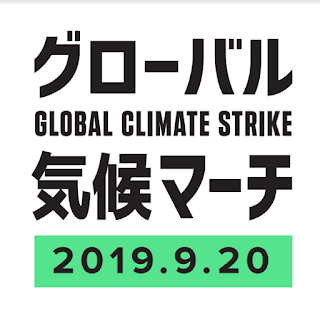 Action on Climate change has been the theme across the planet today, with a network of participants young and old gathering, marching and making some noise to call attention to the state of the environment and the need for corrective action.

The Day was designated as a Global Climate Strike Day with Climate Awareness events starting in Australia and travelling the time zones or the world as the day moved forward.

Included in the days activities were events held in the Northwest, and while perhaps a little smaller that the larger marches of the big cities of the world, the message still got through with reminders from local students that we only have one planet, one chance and that there is no Planet B.

The energetic crowd of students gathered in front of City Hall over the noon hour making their way from Prince Rupert Middle School primarily; with some from Charles Hays Secondary also downtown to take part in the global day of action.

Social media helped to spread the message of climate awareness, with the local strike getting some global exposure, streamed live through the Periscope app as well as the #PrinceRupert twitter feed

The latter providing for the local host for an account of today's assembly for awareness on the steps of City Hall, which was Ground Zero for the local students to make their voices part of the discussion on the future.

SD52 shared some visuals of today's awareness event through their social media feed as well. 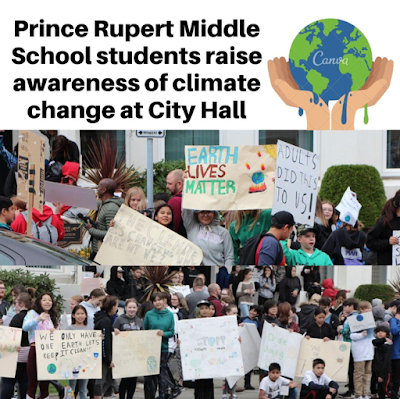 You can explore more of the themes of the day from around the globe from the Global Climate Strike Website.

More items of interest on Community events can be found from our archive page.
Posted by . at 2:49 PM