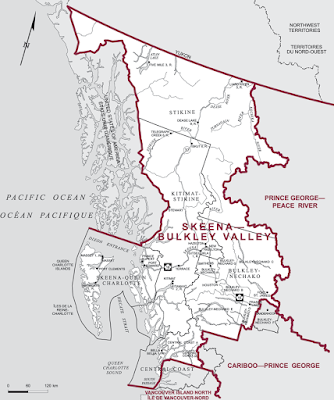 The list of candidates has grown by two for October 21st's General election as a pair of Independent campaigns get underway across the Northwest.

With the two new entries seeking your vote to represent Skeena-Bulkley Valley in the House of Commons.

Added recently to the Elections Canada listings were Danny Nunes and Merv Ritchie both from the Terrace/Kitimat area, and as they join the political fray, the total now stands at eight for those that have taken to the campaign trail.

Curiously, despite being actively on the campaign trail, both Dave Birdi for the Liberals and Mike Sawyer for the Green Party have yet to be confirmed for the electoral district by Elections Canada.

Which would suggest that some documentation towards those nominations may still be needed for the body that watches over elections in Canada.

As for the newest of the candidates, the pair of Independents have taken their launch to social media to raise their themes and visibility for those considering their choices for representation at the Federal level in Ottawa. 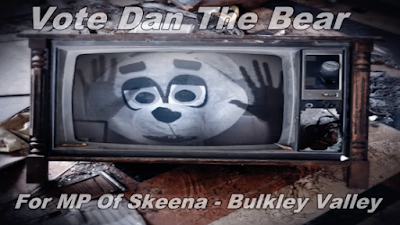 Mr. Nunes, is a local comedian who has made a run for municipal office in the past; his approach to the Federal campaign this time has been that of donning a Bear Costume and delivering a string of bear related puns as he outlines his call for support.

Through his Facebook page he launched his campaign with a video to share his bear vision of talking points.


Merv Ritchie, who currently lives in Prince Rupert,  is known around the Terrace/Kitimat region for his past work as host of an online information portal known as Terrace Daily Online.

(A Newer version of that portal is now found on Facebook)

He launched his campaign through his Facebook page with the call for 'Wisdom not Parties" as the main focus for his message for would be supporters.

The new candidates arrive on the political scene as the residents of Skeena Bulkley Valley head towards a string of All Candidates Forums set to start later this week.

Around the Northwest the Forums look as follows:

For Prince Rupert voters the Prince Rupert and District Chamber of Commerce is hosting the North Coast All Candidates Forum on Wednesday, October 9th at the Lester Centre.

We outlined some of the background on that upcoming Prince Rupert forum last week.

For more items of interest on the campaign for Skeena Bulkley Valley see our archive page here.