As the forest industry's summer of woes continues into the fall, the British Columbia government has released some details towards new measures that will offer support for BC's forest workers that have suffered the brunt of the troubles of 2019.

The majority of the 69  million dollars allocated by the Province will be directed towards early retirement bridging for older forest workers and access to skills training for forestry workers.

Premier Horgan today pointed towards the impact of the mountain pine beetle and the disruption that it has delivered on the Interior Forestry industry, which has seen mill after mill after mill close down over the course of the summer. In his statement of today, the Premier observed how the previous government knew of the disruption that was to come, but did little to prepare the industry for the transition ahead.

“The previous government knew that the end of mountain pine beetle harvest would disrupt the lives of forest workers, contractors and communities, but they did little to prepare for this inevitable transition. While the forest sector must reduce surplus milling capacity to remain competitive, it cannot do so at the expense of the workers, contractors and communities who built the industry. Our government will ensure that forest workers impacted by mill closures are supported.”

In an information release of today, the province notes the Premier and Doug Donaldson, Minister of Forests, Lands, Natural Resource Operations and Rural Development, met with the chief executive officers of the major Interior forest companies to set out measures to support forest workers in the months and years ahead.

Among some of the measures that were announced today towards that support include:

$12 million for workers to access skills training, and for employer and community grants for training;

Cabinet Minister Donaldson, has been the focus of some relentless attention by the BC Liberal Opposition as the list of mill closures continued to roll out through the summer months. 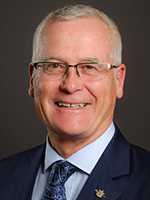 Today he called on the industry to join the province in providing for supports for those workers that have been impacted by the summers economic troubles.

“The Province is committed to supporting the people impacted by this change, but we need the forest industry and the federal government to step up and do their part as well. I’m hopeful that the Interior forest sector recognizes that the new industry that will arise from this transition will need skilled, experienced workers to produce new forest products that can compete in global markets.”

You can review the full information release from the Province here, which includes a range of comments from industry and labour officials.

Over the weekend the Opposition Liberals observed how they see the NDP-Green coalition as one that has totally failed the resource industries that are key elements of the BC economy. Earlier today, they launched an online petition drive, calling for more resource jobs in British Columbia

For a look at some of the issues that have faced the forestry this year see our archive page here.
Posted by . at 3:44 PM