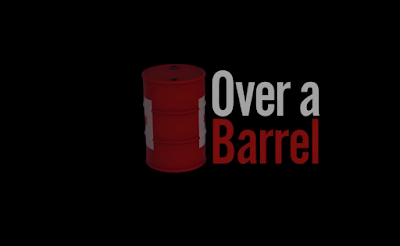 "It's Corporate Warfare, on a Global Scale"  -- Skeena MLA Ellis Ross, speaking as part of a new documentary on the funding of environmental activism in Canada

The focus is on environmental activism in Over a Barrel,  a new documentary that is focused on the work of Vivian Krause, a Vancouver based writer/researcher who has been charting the rise of foreign funding into environmental activism and the impact that the influx of foreign cash has had on the Alberta economy and First Nations communities, as well as contributing to a threat of Western separatism.

Ms. Krause who in the past has had her work featured in a number of newspapers, magazines and other information portals; of late posts much of her material to her twitter feed @FairQuestions, it was from that portal that the upcoming launch for the documentary was first announced. 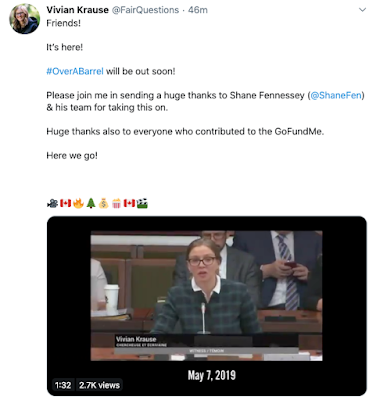 A familiar face for the Northwest is featured in the trailer for the film, with Skeena MLA Ellis Ross recounting many of the themes he has raised in the Legislature for over the last two years, often citing the work of Ms. Krause in his commentary.

In particular, the Skeena MLA has put a focus on the rise of American and global funding into the Canadian environmental movement and how that money has given rise to increased activism.

Something which he notes has held back communities, many of them First Nations communities from accessing jobs, economic benefits and addressing the many social needs that all have in common.

All of which have been familiar contributions to the Legislature debate.

Ellis Ross warns of Foreign influence on resource development
"First Nations of BC are up to the challenge of speaking for themselves" -- MLA Ellis Ross speaks on themes of interventions from third party activists
Skeena MLA Ellis Ross returns to familiar themes in new session debate
Skeena MLA Ellis Ross keeps high profile on concerns over First Nations leadership issues
Ross/Rice return to Legislature work with differing views on Indigenous engagement in BC
Missed opportunities of the past, frame the Bill 10 discussion for Ellis Ross in the Legislature this week

"Those people that are coming in that are trying to raise the standard of environmentalism I commend those people. I have all the time in the world to talk to them, you want to talk about how to make the world a better place great I'm all for it ... But I have no time for the people that are obstructionist, that want to promote civil disobedience, want to provoke violence, I have no time for those people and I got no patience for them either " -- Skeena MLA Ellis Ross in the new documentary Over a Barrel

Fort St. John Mayor Lori Ackerman is also featured as part of the two minute, twenty second preview of the film, and she reviews themes she has explored often at gatherings of the North Central Local Government Association and UBCM in the past.

With the Fort, St. John Mayor calling attention to the impact that Northeast communities have seen amid the ongoing battles over pipelines and the decline of exploration.

With her work attracting a fair bit of attention of late, Ms. Krause  has been the subject of a range of articles that have in the past called into question some of her research and have provided for a push back from the environmental activists.

Many of the items of the past have also made note of her past ties and funding from the oil and gas sector and previous to that, from her work with the Farmed Salmon industry in British Columbia.

The documentary project which has been produced by Edmonton filmmaker Shane Fennessey was created through a GoFundMe initiative which topped its goal of $160,000

The film will be released in Calgary and Edmonton first during the first week of October.

You can view the trailer for the film below:


Further notes related to the project can be reviewed through the website,  Facebook page and twitter feed that has been created for the upcoming documentary launch.

More notes on the themes raised by the Skeena MLA as part of his contribution to the documentary can be explored from our past items that can be found on our Legislature archive page.