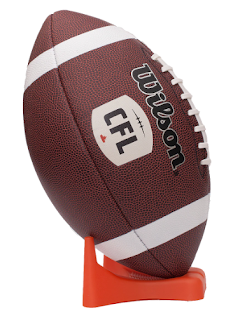 UFAWU-Unifor the union which represents fish workers in British Columbia is still awaiting some kind of action on their recent calls for assistance from the Federal and Provincial governments and for the moment, they are feeling an awful lot like a football, kicked from political jurisdiction to jurisdiction.

The football analogy comes as part of a new post to the Union's Social media stream, which traces much of the back and forth that the union has had with political officials in recent months, all of which seem to have been deflected from the politicians to this point.

The union has however found a glimmer of hope for the dire situation facing the membership after this summer's disastrous fishing season, highlighting a program that their sister union in Newfoundland has made them aware of.

The Newfoundland Fishermen's Union (FFAW-Unifor - our sister Union on the east coast) told us about a 'grant' that their fishermen can apply for after their EI has run out. It is called Ice Assistance Emergency Program. It is for 6 weeks and it is basically the same as EI.

They note that they have been in touch with Fisheries Minister Jonathan Wilkinson, seeking his assistance in accessing the same kind of assistance for the West Coast that is apparently available for those living in Atlantic Canada.

We have written back to Minister Wilkinson to say that if Emergency Assistance is in DFO's mandate on the Atlantic coast, it should be in his mandate for our coast, too. We are not looking for 'compensation' - no one can compensate us for a foregone salmon season. We are looking for Emergency Disaster Assistance. 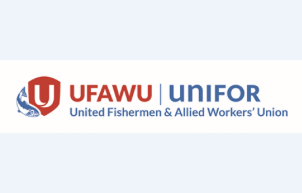 The Details of the program that is available for those in the Atlantic Canadian fishery can be reviewed here.

What kind of short term success they have in getting a reply may be limited, with the current Federal Election campaign underway, the workings of the Federal government appears to be very much that of a bare maintenance kind of operation at the moment.

UFAWU-Unifor also note that they continue to seek out the assistance of the Provincial government though the results of those conversations still appear to have come up short of what the union is hoping for.

At the most recent Prince Rupert City Council Session, Councillor Nick Adey raised the latest issues facing the North Coast fishery and called on Council to give consideration towards a letter of support for the Union and invitation for Union head Joy Thorkelson to come to council to provide some background on the situation.

With Council members set for a road trip to UBCM next week, the next opportunity for such efforts on the municipal level will come with the first of two meetings for October to take place on October 7th.

Considering the glacial approach that the two senior levels of government appear to be taking on the issues, there's probably a very good chance that Ms. Thorkelson will be making a return to the Council Chambers next month and perhaps taking a letter of support from the City of Prince Rupert with her at the end of her presentation.

For more items of note on the fishing industry see our archive page here.