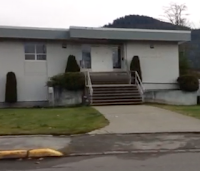 With a few months having elapsed since they last got together, members of School District 52's elected Board had a fairly lengthy number of items to review from their Tuesday gathering.

Among some of the notes released by the School District this week included a look at the summer Read and Play program, which saw students take part in a number of activities at Conrad Elementary, École Roosevelt Park Community School and in Hartley Bay.

In comments making note of the project, School Board Chair James Horne observed of the work of district staff that went towards making the summer program a success.

“The willingness of district staff to run this program makes a tremendous difference in the learning of our students. Our thanks goes out to these dedicated employees.”


Daycare Spaces also were a focus for the Tuesday session, with the District receiving a presentation from Michelle Kirby from the Ministry of Children and Family Development which noted the financial support that is available to support childcare spaces in Prince Rupert.

Ms. Kirby had made a similar presentation to Prince Rupert City Council on Monday evening. 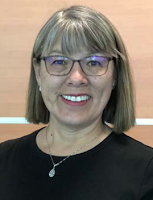 SD52 Superintendent Irene LaPierre reported on a smooth first week back to school for the District, with increased enrolment at Conrad Elementary School making for the decision to add one division at the school.

The official enrolment numbers  will reflect the student count on September 30th, with the numbers expected to be made available in mid October.
with

The Superintendent also provide a report on the results of the EDI and MDI reviews, with the EDI report confirming the continued vulnerability of the District's young learners.

With the findings making note that students in Grades 4 and 7 are below the Provincial average in nutrition and sleep. The Board of Education discussed the importance of working with families and community partners to address the needs of vulnerable students.

The School trustees heard of a number of events in the District including the Grand Opening of the Corad Playground on September 12th and a number of presentations from Author, filmmaker and storyteller Ivan Coyote this week.

The Trustees also heard from the Secretary-Treasurer Cam McIntyre who outlined that the business plans for the demolition for Seal Cove and Kanata Elementary School have been approved by the Ministry of Education, with the demolition of the two buildings expected to be complete by March 31st of 2020.

Mr. McIntyre also delivered a report on the status of planning towards a new Middle School for the city, noting that the District is in the process of submitting a Project Development Report to the Ministry of Education.  The document is a required element of the pre-planning phase and must be forwarded to the Ministry before the school can be approved.

The Secretary-Treasurer noted for the trustees that the District is currently working with the City of Prince Rupert to finalize the selection of an appropriate site. The work so far has included a traffic study that is still in progress and draft agreements, which must be completed before a Public Information Meeting can be held and the Project Development report submitted.

You can review more of the notes from SD52 from their information release of the September 10th meeting.

For more items of interest on Education in the Northwest see our archive page here.