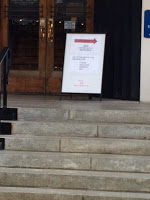 When it comes to providing for basic information for the public, a review by a British Columbia newspaper chain has revealed that there is an inconsistency in the level of service found from community to community.

The results suggesting that residents can find varying levels of disclosure when it comes to making an information request at the counter of City Hall's across the province.

The City of Prince Rupert was among a list of twenty four communities recently contacted by the newspaper chain Glacier Media, as they put municipal government to the test on delivering on Freedom of Information requests.

Among the list of information that was sought after from municipal staff for the survey cities included:

The findings for all 24 cities, most of which are significantly larger than Prince Rupert, made note that when it comes to delivering on information there really isn't any kind of common standard in place among the municipalities. Particularly in areas of record keeping and disclosure, something that Glacier Media noted is detrimental towards people having access to government information

With Glacier making note that Prince Rupert City manager Robert Long submitted expenses totalling $12,700, that amount left Prince Rupert trailing only Prince George at the high end of the totals provided by all twenty four municipalities for the period requested.

The study noted that most municipalities provided for itemized expenses including receipts; while the remainder just provided a lump sum dollar figure. It was not indicated which category Prince Rupert would have found in.

On the theme of reporting on expenses and such, the City of Prince Rupert should be far more informative than it is, especially when it comes to providing for an updated account of how much our elected officials and staff members spend.

At the moment, those listings are limited to the once a year lump sum notes of the Annual Statement of Financial Information, a listing that does not expand on where the Council or staff members have travelled, or offer a breakdown on the amounts of civic money that are spent during those travels.

Another area of note, was related to the Mayor's calendars where all of the municipalities responded in a like manner; providing for a list that noted that the respective Mayors did have a meeting, but with the details of who they had met with redacted.

The City of Prince Rupert was among those cities that the newspaper chain noted were a little skimpy when it came to providing for information on the cannabis inquiries.

It really shouldn't take a Freedom of Information request to find out how much money civic officials are spending. In fact, it should be a prominent element of the city's information stream with a dedicated spot on the Civic website to allow the public easy access to complete and updated listings.

Likewise providing for a listing of the travel plans of the City's officials both elected and paid staff should be as easy as a weekly update on the city's website, the same should go for the Mayor's calendar.

How they move forward on the issue of transparency on such information requests could make for some interesting discussions at the UBCM convention which starts on September 23rd in Vancouver.

That is of course should they talk about it at all, perhaps we should file a Freedom of Information request on the topic?

You can explore the full investigative piece from Glacier media here.

For a look at some of the Discussion themes from Prince Rupert City Council see our archive page here.

Email ThisBlogThis!Share to TwitterShare to FacebookShare to Pinterest
Labels: FOI requests and how BC communities respond