One game into the 2019-2020 hockey season and the Prince Rupert Rampage may have a scoring race ahead of them, as Jordan Weir served notice on the Rampages Judd Repole that there may just be some competition for Top Scoring Leader this season.

The Rampage forward scored the first three goals of the night on Saturday, his hat trick setting the pace for a strong season debut for the Rhino's who topped the Smithers Steelheads 4 to 2 in the ice breaker for both teams for this years CIHL campaign, 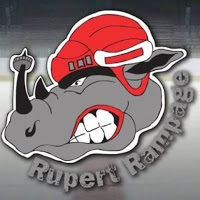 A strong crowd of 588 brought the noise to the Jim to welcome back both the Steelhead and the CIHL this season, the Smithers team back on the ice after a two year hiatus.

Weir was quick to the scoring list with his first of three coming at 8:43 of the opening frame, a power play marker which was assisted by Tyler Ostrom and Judd Repole.

Seven minutes later he was back to the Steelheads zone with goal number two assisted by Thomas Robinson, the first period intermission provided the break before the hat trick would be complete, with the Rampage sniper scoring his third of the night at 11:10 of period number two, assisted by Repole and Robinson.

Smithers marked their first goal of their return to the CIHL two minutes later as Brendan Devries a familiar nemesis for Rampage goaltenders popped the first of the two Steelhead goals behind Kieran Sharpe.

Much of the remaining twenty seven minutes of play was back and forth with many scoring chances but few results, the Rampage pushing their lead to a two goal margin early in the third with a Jeremy Boot goal just forty nine seconds into the period, with Kory Movold getting the assist. 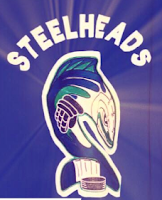 Smithers gained one back at the midway point of the final frame, with the teams exchanging chances but not making for a change of the 4-2 Rampage lead which became a win at the sixty minute mark.

The game while physical did not deliver a great volume of penalty time, the Rampage served 12 minutes on six infractions, while the Steelheads sat out eight minutes of action on four penalty calls on the night.

Kieran Sharpe got the first W of the year, turning aside all but two of the 23 shots he faced from the Rampagae nets.

Prince Rupert has the upcoming weekend off, getting their first bye of the season.

They return to action  over the first weekend of October when the Cariboo teams make their tour of the region. The Rampage face off against Quesnel on Friday night at 8 PM, with Williams Lake coming to town on Saturday for a 7PM showdown with the Rhinos.

For a wider overview of the team and the league see our CIHL Archive page here.

Email ThisBlogThis!Share to TwitterShare to FacebookShare to Pinterest
Labels: Rampage open the season with a 4-2 win over Smithers