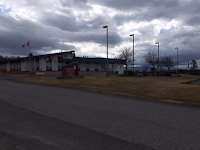 The District of Port Edward September update for residents provides a range of information on a few of the areas where the District is addressing its attention heading towards fall, and high among their focus is the current status of the water treatment facility in the community.

Mayor Knut Bjorndal made note of some setbacks when it comes to the installation of some new process control equipment for the facility, observing how the prime contractor has pushed back completion dates by one to two months.

As part of his overview of the work, he paid tribute to the efforts of the District's Public Works Department, which he describes as having "done an outstanding job in keeping the treatment plant operating over the last four months"

The Mayor also formally welcomed the District's new Chief Administrative Officer, with Danielle Myles Wilson having now settled into her job, the Mayor noting how she will be a great asset to the current team at the District and will be working towards implementing Council's Agenda and vision.

As we outlined on the blog earlier this summer, Ms. Myles Wilson came to the District earlier this month after having served in the Economic Development Office in Terrace.

The September update also provides some background on how the District continues to work on ways to resolve the impact of coal dust from the Ridley Terminal facility,  reminding residents that should they find coal dust on their house, patio furniture or vehicles they can fill out a form to have Ridley Terminal Inc.'s contractor come pressure wash their belongings.

Those forms are available at the Municipal Office.

Knotweed eradication is again on the agenda for this fall, with the District advising that the Spectrum Resource Group will be in the community to deal with invasive weeds, with a focus on the reports of knotweed that have been brought to the District's attention.

Those who have the weed on their property have until September 20th to advise the Municipal office.


Mayor Bjorndal also provides a thumbnail sketch of the District's plans for next weeks UBCM gathering in Vancouver, withe District bringing a number of concerns with them for discussion at the annual forum for municipal government.

"We have requested meetings with various Ministers and ministries to advance our agenda. We are focusing our efforts on securing grants for infrastructure projects, road renewal and repair. We are also supporting resolutions sponsored by various municipalities to improve rural health care, protective services funding (fire ‐fighting equipment purchases) and a host of other services which over the last twenty years have been downloaded to municipalities."

You can track some of the lead up to the UBCM from our archive page here.

Further items of note from the District can be found on our archive page.

The full scope of the September update from the District is available here.