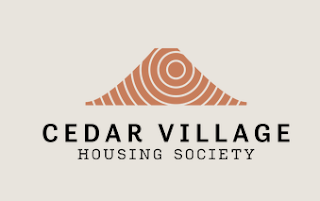 Only seven days remain for those looking to put in an application for Prince Rupert's Newest Elders and Seniors facility, with September 25th the deadline to put names forward with the Cedar Village Housing Society.

The housing facility on Seventh Avenue East at Green Street is being led by the Metlakatla First Nation through the Metlakatla Development Corporation and has been a very active construction site for much of the last two years.

A drive by the facility this week shows the progress that has been made on the building which is now focusing on its internal work in the  lead up towards occupancy. Though the road infrastructure around the two buildings is still very much a work in progress for the City of Prince Rupert.


In August we provided a look at some of the history of the Metlakatla plans, which will offer 32 high quality and affordable housing units for those who are 65 an dover

You can learn more about the Cedar Village Housing Society and the new residences from their website page.

Once opened, the new housing units will join the list of First Nation led housing that has been created or proposed for the community.

One year ago, the Gitxaala Nation opened up the repurposed units of the old Anchor Inn hotel as housing units for the community, with the Prince Rupert Indigenous Housing Society creating 46 units of below market housing for the challenging rental market in the city.

Earlier this week, we also heard more from the Lax Kw'alaams Band Council which noted that they are currently in discussions with the City of Prince Rupert towards site selection for their own housing project.

That will make for a housing plan that will see sixty additional units of housing developed within the City of Prince Rupert.

For more on housing in the Northwest see our archive page here.