HMCS Calgary, one of the Royal Canadian Navy's Fast Patrol Frigates based out of the Esquimalt Naval Base arrived in Prince Rupert shortly before 10AM today, tying up alongside the Northland Cruise Terminal location.

As we outlined this morning, the Canadian warship is set to be the home base for Lieutenant Governor Janet Austin for the next few days, the Lieutenant Governor is in Prince Rupert for the first two days of her tour of Coastal BC, Haida Gwaii and the northern part of Vancouver Island.

Local residents can get a look at the vessel through the day today, with the ship open for public tours.

Tomorrow, the helicopter deck of the vessel will be the setting for a tea reception hosted by the Lieutenant Governor for members of the community.

Following that event, the ships lines come in and HMCS Calgary will set sail for Haida Gwaii and the next stop of the Lieutenant Governor's Northern adventures.


The Canadian naval ship has been keeping pretty close to home base in Victoria of late, but that comes after a very busy 2018 where the vessel proudly showed the Canadian Flag in a number of nations, taking part in Naval operations with a number of navies around the South East Asian reaches of the Pacific Ocean. 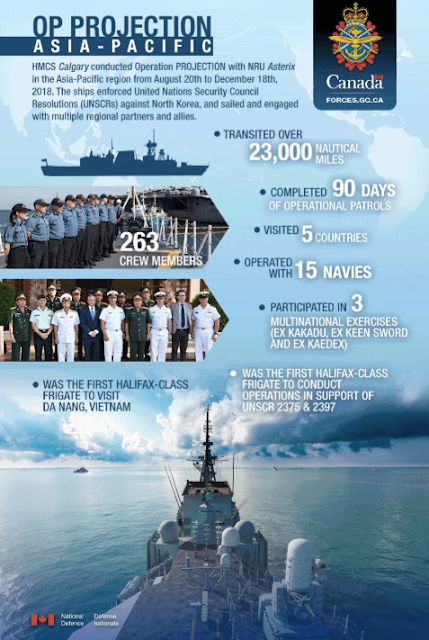 For more items related to Community events in Prince Rupert see our archive page here.
Posted by . at 3:38 PM

Email ThisBlogThis!Share to TwitterShare to FacebookShare to Pinterest
Labels: HMCS CALGARY in Port today and Saturday